Before I begin this article, I must tell you that I am not affiliated in any way or form with Amway except for the occasional products I use. I am simply writing this for your education and enjoyment. Nothing more.

If you type Amway into your search engine, you will find a variety of material both positive and negative. Personally, I find Amway to be a great multilevel marketing company. It’s by no means perfect, but it is a multi-BILLION dollar company that has been around almost 60-years now. As with any business, there are a few bad apples in the barrel.

While I’m sure you have heard the name Amway before, if you’re like most people you don’t really know all that much about the company itself. Therefore, I have decided to provide you with some facts about Amway. 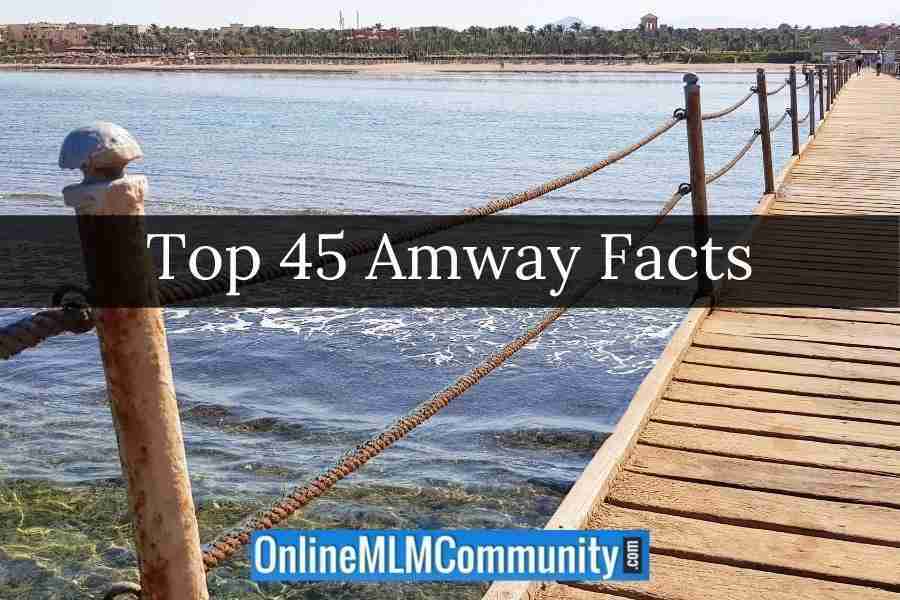 If you are considering becoming an independent Amway representative or a customer, these facts may help you make your decision. These are the top 45 Amway facts. They are listed in no particular order.

# 1: Amway Is The Global Leader

Amway leads the way in the direct selling industry. They are the largest MLM Company in the world, in terms of revenue.

At the end of 2014, Amway reported sales revenues of $10,800,000,000. With those astronomical figures, independent Amway representatives surely made excellent paychecks.

In an effort of finding new products that are environmentally friendly and helpful for humans, Amway has 8 primary research and development centers.

They are located in:

These centers have many scientists employed always searching and testing possible products that Amway business owners can offer their customers.

Amway was founded in 1959 by Richard DeVos and Jay Van Andel. These entrepreneurs had originally started Ja-Ri Corporation in 1949 importing goods from South America to resell.

They attended a Nutrilite seminar and changed Ja-Ri to a Nutrilite distributor company and managed to attract many distributors, but the stability of Nutrilite gave them concerns. So they formed the American Way – Amway to protect their distributors by finding more products than just Nutrilite.

Along with Nutrilite, they also sold Frisk; an organic cleaner that would later become L.O.C. when Amway purchased the rights.

In Europe, Amway sells more of their eSpring Water Purifiers than any other competitors. These systems are point-of-use water supply systems.

Europeans are extremely satisfied with the Amway eSpring water systems.

71% of the Amway Independent Distributor business owners are women.

When women discovered they could own a business and still take care of their family, they jumped at the Amway opportunity. Many of today’s women still want that same benefit of being home with their children, but still owning and managing a business.

In the United States, 22% of households own a least one Amway product.

If you have never tried any Amway products, I highly suggest you at least try some. While some prices may seem high, you need to understand that many Amway products are concentrated and you do not need to use nearly the amount you would with store brands.

Amway has independent distributors in over 100 countries worldwide. Amway has even entered countries where many other United States companies are not welcome.

Amway expanded into Australia in 1971. The headquarters are in Melbourne.

Amway expanded into Europe in 1973. They have offices in Ireland, the United Kingdom, and more European countries.

Amway expanded into Japan in 1979. The headquarters are in Tokyo.

Amway expanded into Latin America in 1985. The primary headquarters are in Monterrey, Mexico, but they have spread all throughout South America and the Caribbean.

We have a large Amway outlet here in Puerto Rico. Amway has become very popular in Latin America.

Amway expanded into Thailand in 1987. The primary headquarters are in Tak, Thailand.

Amway expanded into China in 1995.

In 1998, direct selling was banned in China, so Amway began operating a retail store. China did change the laws and in 2006, Amway received a license for direct selling in the country.

Independent distributors in China cannot make commissions from downline sales. The headquarters are in Guangzhou province and you can see the Amway China website here: http://www.amway.com.cn/default.html

Amway expanded into Africa in 1997. The headquarters are in Cape Town, South Africa.

In 2013, the CEO and Managing Director of Amway India was arrested by Kerala police with charges of running a pyramid scheme. He was released on bail he next day. He was again arrested in 2014. He served 2 months in jail, but Amway was not affected.

They have had their share of legal troubles in India, but it seems they are now well accepted there. The primary headquarters in India are in West Bengal.


Amway also expanded into Scandinavia in 1998. The headquarters are in Kiska.

In 2003, Amway made their way into Ukraine. The headquarters are in Kiev.

Amway entered Russia in 2005. The headquarters are in Moscow.

Last but not least, Amway entered Vietnam in 2006. They have been recognized as a top employer in Vietnam. The Vietnam Amway headquarters are in Ho Chi Minh City. 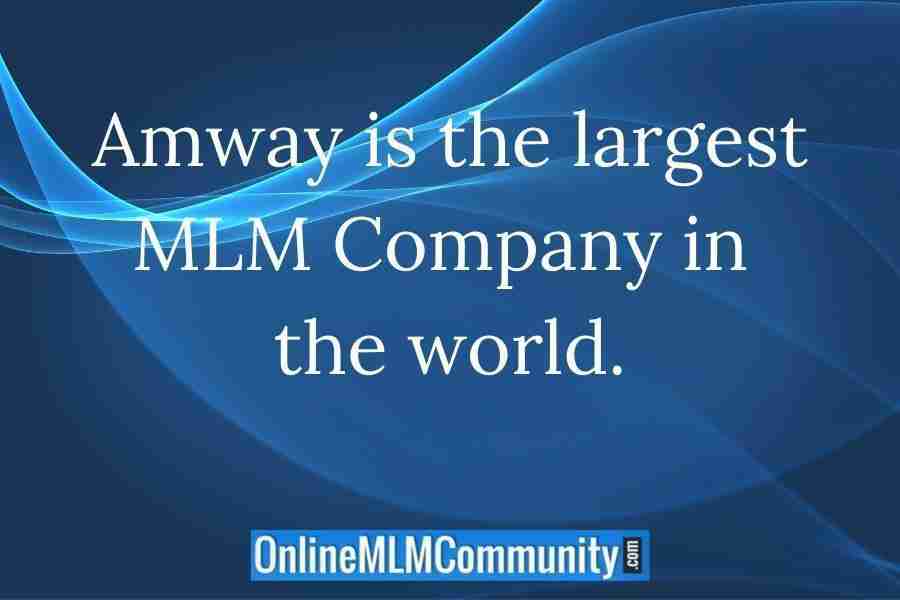 Amway was given the prestigious United Nations Environmental Program Achievement Award. UNEP recognizes those who are trying to impact the world in a good way environmentally.

I mentioned earlier the primary Amway Research and Development Centers. While those are the primary ones, Amway has over 75 research centers around the world.

# 23: The Purchase Of Nutrilite

Nutrilite supplements were developed by another entity but in 1972, Amway bought control of Nutrilite and in 1994, Amway gained full ownership of this supplement brand. Nutrilite vitamins and minerals are considered one of the best supplements on the market.

The Amway Nutrilite brand operates over 6,000 acres of farmland in the United States, Brazil and Mexico. The produce grown is used in the supplements Nutrilite manufactures.

The produce grown on the farms in the U.S., Mexico, and Brazil are done so using sustainable and chemical free methods. Amway depends on Mother Nature and not chemicals to produce the Nutrilite supplements.

Amway has been awarded over 1,100 patents. Research will raise that figure even higher as time passes.

The ruling in the 1979 FTC investigation on Amway has been the basis of determining illegal pyramid operations since.

The FTC ruled that Amway does not fit into the definition of being an illegal pyramid because:

Amway owns the Peter Island Resort and Spa in the British Virgin Islands.

Amway has been one of the largest contributors to the Republican Party in the United States. And Richard DeVos’ son Dick, served as the Finance Chairman of the Republican National Committee.

Amway owns the popular Laura Mercier line of cosmetics that are sold at top retail outlets.

The DeVos family own the Orlando Magic professional basketball team. The team plays their home games at the Amway Center in Orlando.

The Amway eSpring Water Purification System is the first to combine UV light technology with carbon filtration so people can have clean water at the point of use.

Amway has or has had a plethora of brands that includes:

Those are the brands I discovered but I believe there may be more. If you notice any brands I may have missed, please let us know in the comment area.

The first product offered from Amway in 1959 was L.O.C. The Legacy Of Clean liquid organic cleaner is still a top selling Amway product. I have used it and it is great. 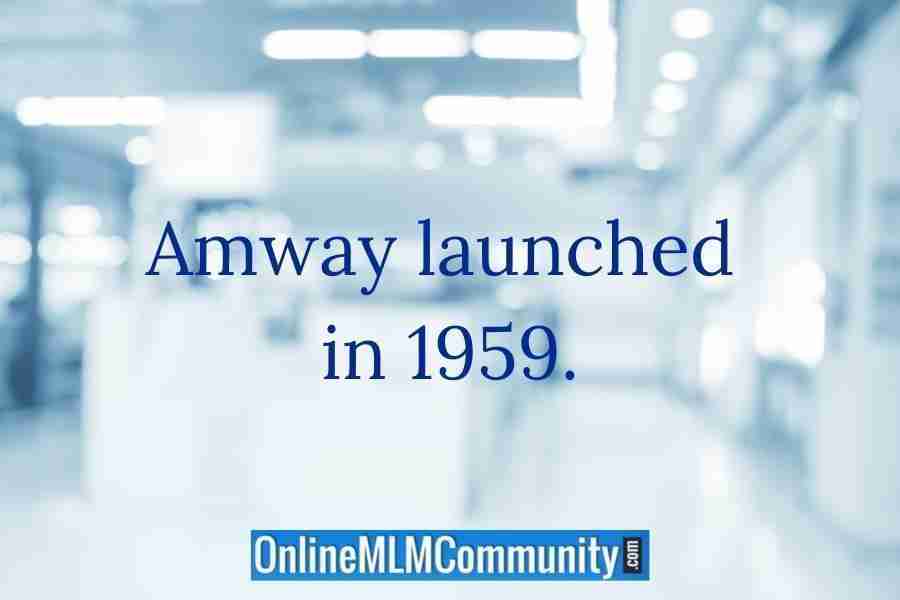 There are certain people in China that cannot become Independent Representatives of Amway. If you are a teacher, civil servant or a doctor in China, you cannot have an Amway business. They can be Amway customers though.

Amway has paid its Independent Business Owners more in performance driven bonuses than any other direct selling company in all history.

Amway was ranked 29th in largest private companies in 2015 by Forbes.

Amway has its share of haters, but I have discovered that when any person or company has great success, many people are in the frame of mind that they “cheated” to get that success. Amway didn’t cheat. They followed the American Way… Free enterprise.

They make great products and have a great business structure. Amway has survived attack after attack and seems to grow stronger from them.

No, I am not affiliated with Amway, but I will say they have many great products. If you would like to try any Amway products or start your own Amway business, I suggest you visit their website at: http://www.amway.com/

If you have any comments or questions, you can post them below. I hope you have enjoyed learning about these Amway facts. Thank you.