South Korea is one of the most Amercanized nations in all of Asia. One of the biggest reasons is, we have had troops stationed there since the Korean War many years ago.

And for the biggest part, South Koreans have a go – get – ‘em attitude. There are many entrepreneurs ready to make their success in today’s world.

Also, the economy in South Korea is suffering. Jobs are not easy to come by and the ones that are available do not pay enough to support a family. Starting a brick & mortar business has high costs. Like many of us, South Koreans have discovered that starting their own home based MLM Business can be quite lucrative.

Using a variety of resources…

I am going to share my opinion of the top 10 MLM Companies in South Korea. Before I do, let me share a few facts about South Korea. 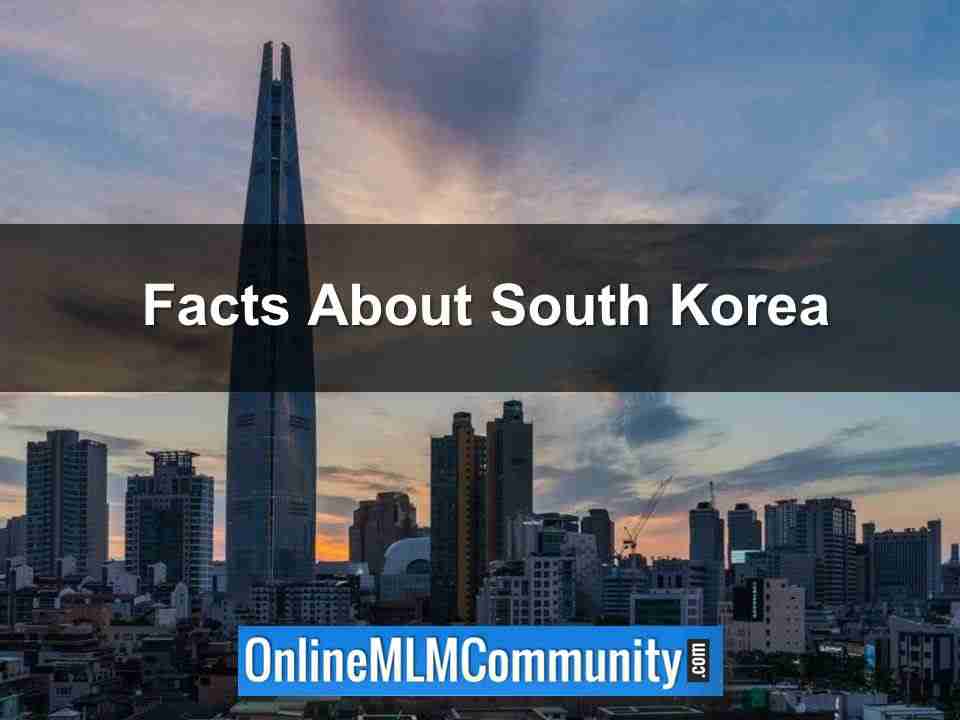 Those are just a few facts about South Korea. 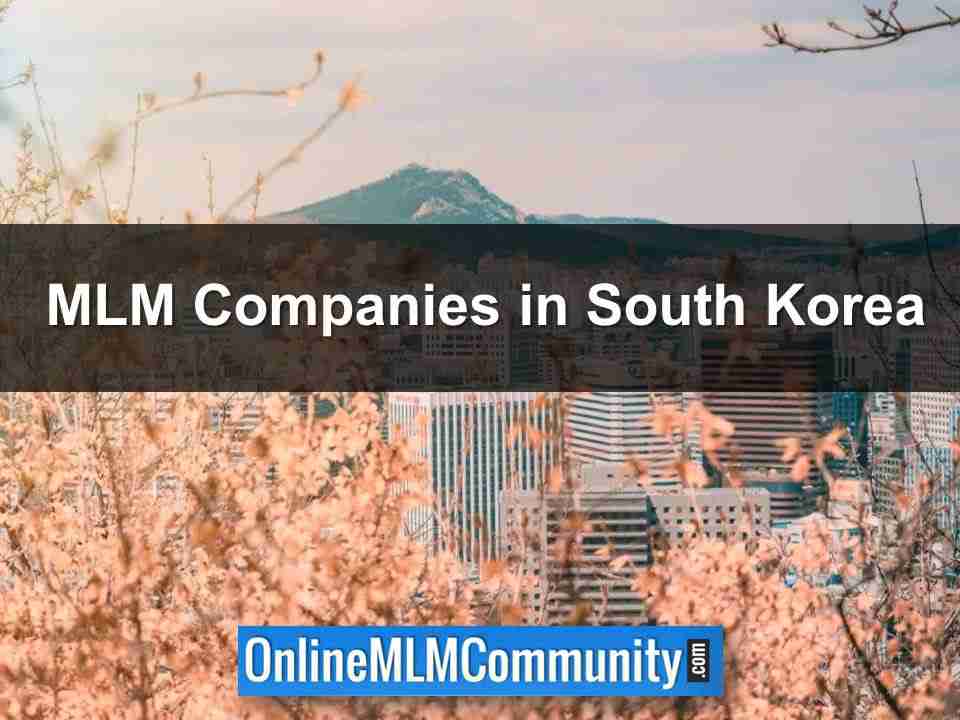 Now, let’s see what the top 10 MLM Companies in South Korea are starting from #10 and working up to #1.

The world of stem cell research has come to multilevel marketing, and South Korea is one of the countries who are embracing the future.

Aphrozone is a multilevel marketing company based in Los Angeles, California. Products that independent representatives can sell include:

They are mostly anti-aging products.

Ruby-Cell Intensive 4U Ampoule has received the Gold Quality Award from Monde Selection Quality Institute in the 55th World Selection 2019 of Cosmetics and Toiletries.

ACN started in 1993 as primarily a telecommunications MLM Company. Based in North Carolina, ACN has spread its wings globally including South Korea.

The company has products and services ranging from phone services to home security and even now offers stem cell hydration creams.

With such a wide variety of items, South Koreans have flocked to the opportunity.

Today, ACN is the world’s largest direct seller of telecommunications, energy and essential services for home and business.

It is quite obvious that South Koreans are very conscientious about their skin. That is why Seacret has gained huge popularity in this Asian country.

In 2011, two brothers who were born and raised in Israel brought the magical minerals from the Dead Sea and developed skin products from them.

There are many South Koreans joining the Seacret business opportunity and the revenues continue to climb.

SEACRET is the exclusive name behind the luxurious skin care and spa product line, based on salt, water, mud and ancient – perhaps even mystical – minerals, found in only one place on earth: the Dead Sea.

Atomy has become quite popular in Asian countries, especially in South Korea. Atomy was founded in 2009 and is a South Korean MLM Company, but actually started in the United States.

We expect there will be continued growth with this MLM Company. Cherish the Spirit. Create the Vision. Follow the Faith. Serve in Humility.

Founded in 2001, Unicity is a complete health and wellness MLM Company.

Unicity’s headquarters are in Orem, Utah but it has grown worldwide. And with their superior quality products, many South Koreans use the products and have become independent representatives for Unicity.

We can realize the Unicity mission” Make Life Better “by making a change of individual people and becoming the driving force to change the whole world. We hope for a positive change in the health and life of more people, such as ‘Change Your Life, Change the World. 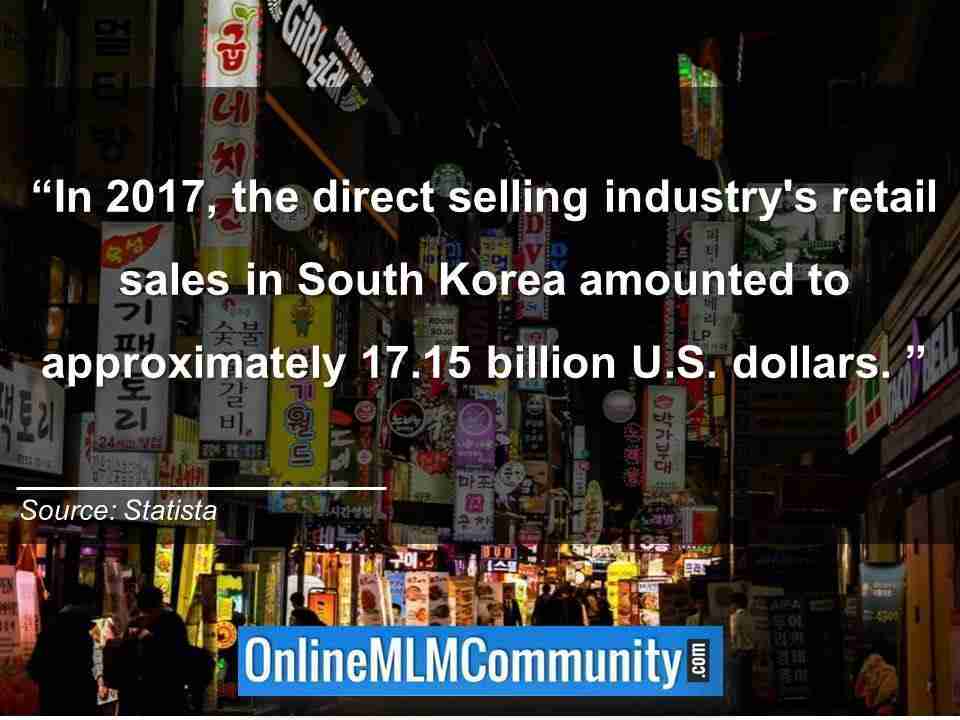 Neora used to be called Nerium, prior to changing their company’s name. Neora began in 2011 with one product…Age-Defying Night Cream.

Not long after, because of huge acceptance, Neora added a full range of skin care products. And, as I said earlier, South Koreans are adamant about keeping their skin healthy.

Neora will continue to be a MLM force in South Korea. They may even someday reach #1.

Our mission to Make People Better goes far beyond our best-selling, age-fighting products and life-changing opportunity. We know true success includes actively practicing gratitude by giving back to our communities and improving the lives of our neighbors who live there.

It seems no matter where you travel in the world, you will find a Herbalife business owner. And there are many in South Korea.

Herbalife has expanded to all corners of the globe and will continue to do so. I have even heard the North Korean leader uses Herbalife products… Or is that just propaganda?

My dream of bringing balanced nutrition to millions of people around the world has come true.

Dr. Fred Cooper left USANA and started Ariix in early 2011. The Ariix way has been to develop various brands in nutrition, weight loss and skin care, with a strong focus on keeping them made from all natural ingredients.

Ariix has made strong strides in South Korea which has shot this MLM Company up to this #3 position in a very short time.

I genuinely enjoy network marketing. It is unfortunate that a few unscrupulous companies have tarnished the reputation of an industry that possesses so many positive and beneficial attributes. ARIIX is going to change that perception, one Representative at a time. \

It doesn’t happen very often… I can usually determine a #1, but with South Korea, there are two #1s.

NuSkin has been the leader in expansion into Asia… Both China and South Korea have been highly accepting of the NuSkin products and opportunity.

Many South Koreans have found financial freedom by building their own Nu Skin business.

Our people are at the heart of everything we do, and our investments are focused on empowering them to reach their potential.

Amway has so many products that are considered high quality, it is no wonder that South Koreans grabbed on to the opportunity immediately… Probably from American service members stationed in the country… Because Amway stands for the American Way.

Will any company ever knock Amway out of #1? They will have to work very hard to do so.

As a direct selling company that connects people with people, we believe in the power of affection for those who are hidden in the progress of technology. Amway Korea will continue to focus its efforts on drawing a “happy emotional guidance linking people and people”. Helping people to live a better life without losing an intuition is why we exist.

If you live in South Korea and are looking for an opportunity of a lifetime, you need to learn more about this company. It is free to join, does business worldwide, has a great compensation plan, perfect timing, great training and a free email marketing system. I am one of the top earners and I would love to work with you and help you grow an international business. Take a free tour below to learn more about the company.

In review, this is my opinion of the top 10 MLM Companies in South Korea.

Do you think I am accurate or do you disagree? Please tell me your thoughts below. I would especially like to hear from any South Koreans personally. Thanks for visiting. If you enjoyed the information, please share this post with others.