Today, I want to talk with you about the story behind the story in MLM. Chances are no one has shared this powerful concept with you before, so I hope my explanation hits home and opens your eyes about some of the realities in our industry.

To begin with, things are seldom what they seem. There are normally three sides to every story: your side, my side, and the truth! More importantly, the stories you DON’T hear about are often much more important than the ones you do hear about. 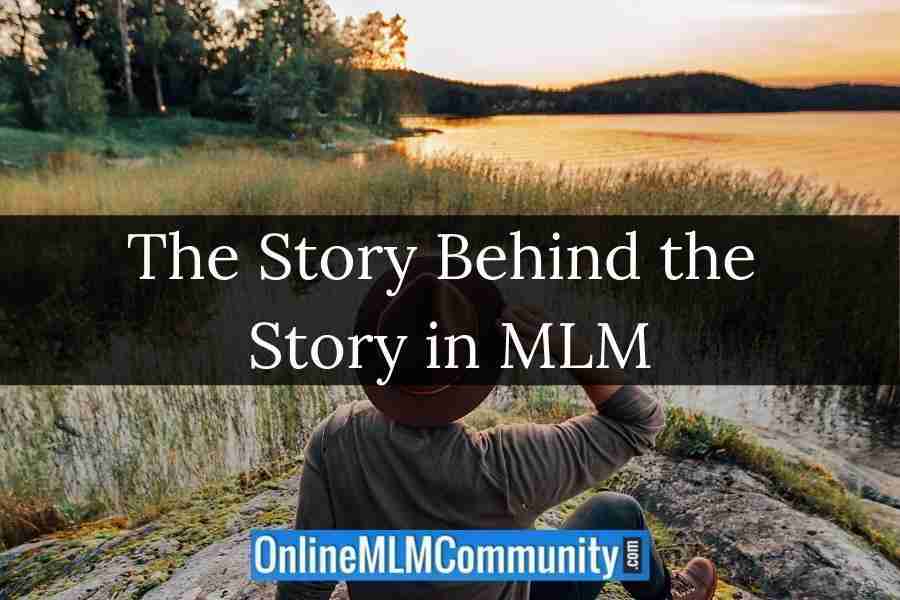 I know we’re talking about network marketing, but I think this short story will help paint the picture.

Let’s take a moment and think about your typical Olympic athlete. These athletes have been “laser-like focused” mastering their sport for 10 to 20 or more YEARS.

From the time they were small children (in most cases), through their early adulthood, they have committed a large amount of time and money EXCLUSIVELY on mastering their sport.

They have survived injuries. They have given up hobbies, sometimes even relationships. They’ve experienced setbacks. They moved three steps forward and two steps back. They have done EVERYTHING in their willpower, just to become GOOD ENOUGH to QUALIFY for the Olympics.

Yes, they have some natural gifts, but it’s their COMMITMENT to mastering their sport that made them WORLD CLASS at what they do. These athletes have invested at least 10,000 hours, and often more than that, to master their sport.

What’s crazy is MOST of these athletes never qualify for an Olympic medal. Instead, they return home with their memories and pride, even though they’ve committed a large part of their life to their chosen endeavor. It’s crazy.

Everyone wants the Gold Medal. Few people will put in the work it takes to become that successful, and most who do put in the work will still come up short! Despite that, it’s still worth it.

Their real reward is the person they become because of their commitment to excellence.

The Story Behind the Story in MLM

When it comes to our great industry, there is always a story behind the story in MLM. Here are a few examples:

My first example of the story behind the story in MLM is the Facebook ad you see promising you a simple, easy way to build your business online. What these advertisers normally don’t tell you is (1) they aren’t building a team at all, (2) their entire income is from selling a course, and (3) they spend tens of thousands of dollars in advertising each month to generate a big income. Had you known about these things upfront, the deal might not sound as sweet as they make it sound.

The Guy on Stage

You have a top rep at your company’s convention talking on stage. He went from brand new rep to the top rank in less than a year. What he doesn’t say is that he has been in the industry for 20+ years and he brought his entire team from his previous company to your company.

The Purchased or Inherited Business

Sometimes you will see people “pop up” in our industry out of nowhere with a big team. You might not know this, but some people inherit a business via a divorce or death. In other cases, people purchase a business from another top distributor. However, they don’t always reveal this to others. 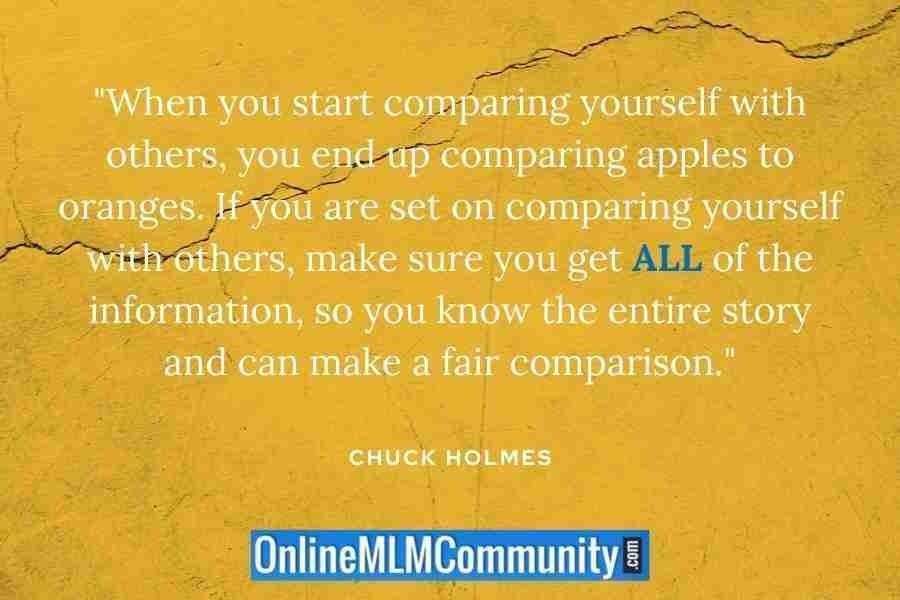 This is the story behind the story in MLM that drives me really crazy. These are the folks who got a “deal” to come to the company. In many cases, they were paid a big fee and given a position with a team already under them. What you don’t know is they signed a “non-disclosure” and cannot tell you that from stage.

This is my favorite story behind the story in MLM. When you see a successful rep speaking on stage, you never really know what they have gone through to get where they are today. Sadly, many successful reps never talk about their struggles, even though it would be very beneficial for the average rep to hear. When you talk with a top rep, you don’t know:

Not knowing these things makes it really easy to think you could never do what they did.

The big problem with the story behind the story in MLM is that many people compare themselves to others. That is a recipe for frustration, hurt, and failure. You really can’t compare yourself objectively to someone else if you don’t know know the entire story.

That’s my best piece of advice for this article.

Never compare yourself to anyone else. Just become the best version of YOU possible.

In conclusion, the moral of the story is that there is ALWAYS a story behind the story in MLM, and in life. There are always more things to the situation than are being presented (or that you realize).

I am not saying any of this in a bad way. I just hope that you won’t take everything you hear or see at face value. I hope you will listen to what others have to stay, but still do your due diligence and evaluate all of the facts.

Always ask yourself these two questions:

The answer to those two questions is just as important as the information they are telling you.

What do you think about the story behind the story in MLM? I would love to hear your thoughts on the subject. Leave a comment below to share your thoughts. Have a great day.

11 thoughts on “The Story Behind the Story in MLM”