At one time there was a different company with the same name that used a multilevel marketing business format. It was a consumer electronics company started in Phoenix, Arizona by Raymond Hung and Marty Matthews.

In 1991, a man by the name of Raymond Hung, who was a part owner of Applied International Holdings in Hong Kong, along with RJP, teamed up with Marty Matthews to found the company. Using a multilevel marketing distribution model, the company offered various products in home electronics, security, health, skin care and weight management.

With the diverse product line and lucrative compensation plan, the company grew quickly. By 1994, the company did business in 16 countries with over $300,000,000 in annual sales. Some well known MLM personalities were jumping on the Quorum International bandwagon.

But in 1995, sales of Quorum International products seemed to drop substantially. There are many theories as to why this happened, but no actual facts. And then Quorum was faced with a lawsuit.

It seems that two brothers who started Chemworld Products that distributed Quorum International products decided to sue Quorum when one of the brothers was banded from Quorum for a violation of ethical rules. Quorum claimed he was cross-promoting another MLM. 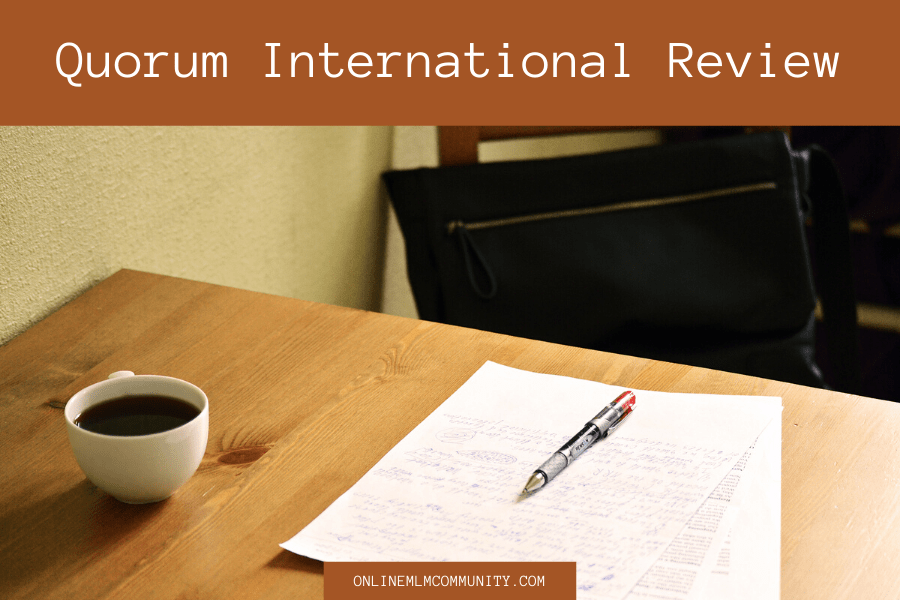 When we look back at this company’s history, we see an excellent idea that could have worked if handled differently…in my opinion. They had such a wide variety of products, but their best-selling items were their alarm systems. But, without hard-core patents, their ideas were easily copied and cheaper versions began to flood discount stores.

It also seems that the company did not have a “cut in stone” rules to follow. Some distributors would be punished for things other distributors were doing. While no facts are evident, many claim that Raymond Hung pulled a perfect scam. There are claims that he has opened companies, made a lot of money from investors and then filed bankruptcy while he has the funds in offshore accounts or in China.

Did that system work? It seems not.

But, overall if MLM distributors did follow the basic ideas Quorum presented, I do believe that they would have made significant progress in their business. Many did do quite well with Quorum International when it was alive.

Here are a few quick facts about the company that I found online. 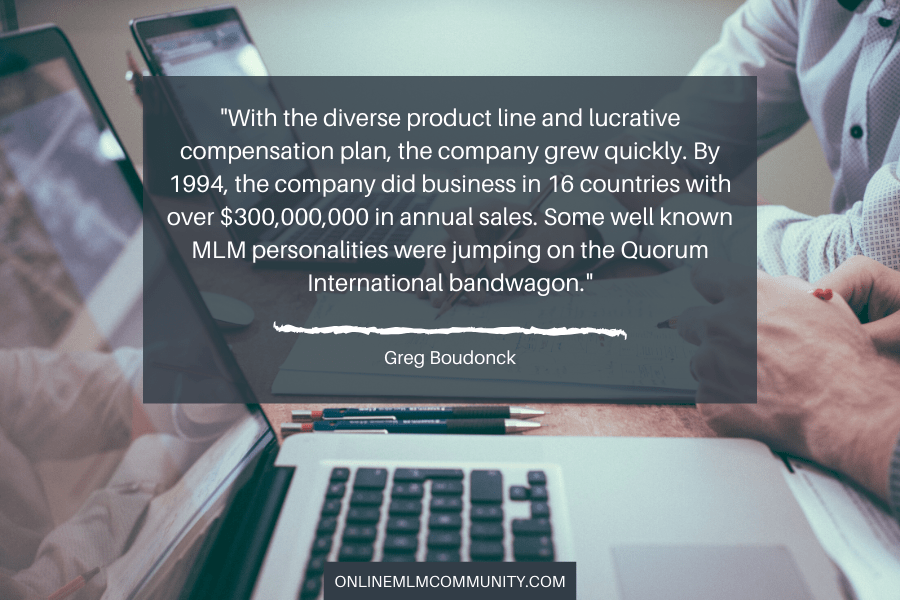 With the right management team behind an idea such as Quorum International, I believe this company could have become (and remained) an industry giant. The system they used worked, but the company didn’t.

What are your thoughts? We would love to hear from anyone who was involved either as a distributor or a customer with the company. Tell us about your experience, please.  You can leave any comments or questions in the comment section below. Thank you.