Throughout time, we have realized there are some laws that humans, animals and nature must abide by. We have:

Another law you should understand is Parkinson’s Law. 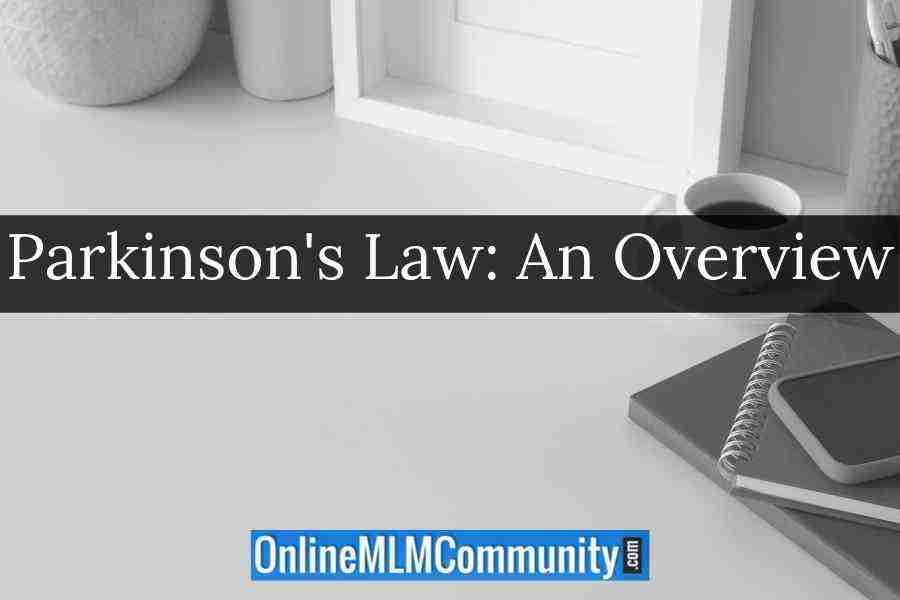 Parkinson’s Law: 12 Things You Should Know About It

Today, we are going to look at another law called Parkinson’s Law. Here are 12 things you should know about it.

The person who came up with Parkinson’s Law was Cyril Northcote Parkinson. He mentioned the law when he wrote a humorous article for the famous English publication called The Economist. That was in 1955.

Cyril wrote Parkinson’s Law after he had spent many years with the British Civil Service. He had witnessed that the system kept expanding employees, but the system’s responsibilities kept shrinking.

While many have expanded on the “law” Cyril proposed, his main message was: Work expands so as to fill the time available for its completion. Mr. Parkinson then went on to provide examples where this law took place while he worked in government offices.

Because of that great article by Cyril in The Economist, a book was written and published in 1958. It was titled Parkinson’s Law: The Pursuit of Progress. If you have not read it, I suggest you do so. 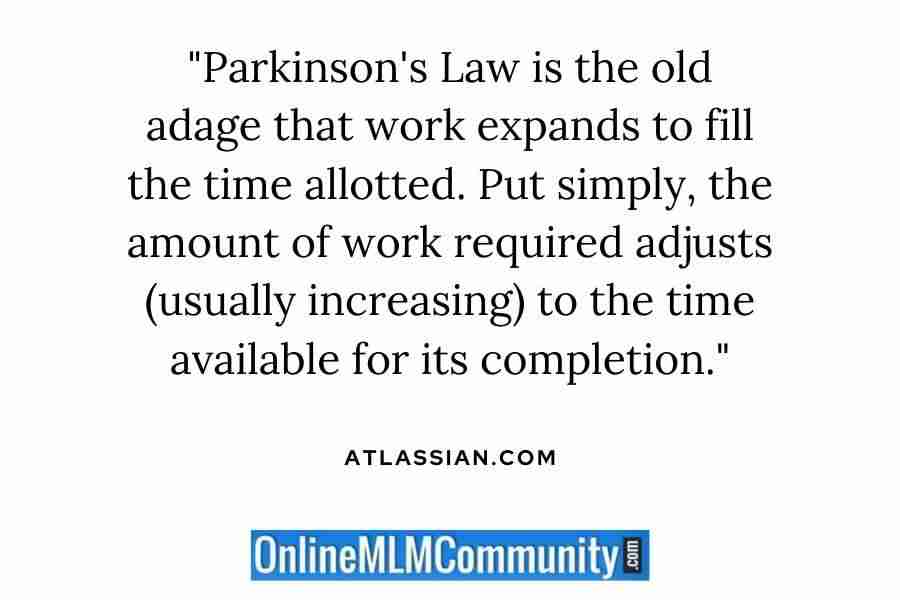 You may wonder how Parkinson’s Law works for those of us who have our own home-based business. After all, it seems Cyril wrote this about government. But his law works in many other situations including network marketing and I have been guilty of it in my freelance business.

It comes down to procrastination and time management!

After studying Parkinson’s Law, Laurence Peter expanded even further within the book he wrote called The Peter Principle. The primary message Laurence gave was the system of promoting people within a system until they are at their least competence and leaving them there.

Japanese manufacturers took a strong stance with Laurence when he published the book in 1969. They began promoting to an incompetent level and then lowering the person 1 level so they would be at their most competent place.

Parkinson’s Law was published in many languages. The Russian government decided to look closely at the Law and made changes to have more efficiency. Mikhail Gorbachev, one time leader of Russia, stated that Parkinson’s Law works everywhere.

The Economist has online archives of many articles written before we even had the internet. You can read the complete report on Parkinson’s Law published November 19th, 1955. Just click here.

# 9: Turn A Negative Into A Positive

When we consider Parkinson’s Law, we can get a lot of negatives from it. But we can also use the knowledge of this law to our advantage. Because it all comes down to the decision if you will work harder or smarter.

You will hear people telling you to work harder… Work more! But is that the answer to success? Personally, I would rather work less if I could get results that were the same or even better.

Now, do not expect the people around you to be optimistic that you can achieve this. Your sponsor and upline will probably still tell you to work harder and work more. They will be on the side of Parkinson’s Law in the majority of circumstances. So, it is up to you to Break The Law!

The next things to know about Parkinson’s Law are techniques you can use to break that law safely and achieve great results.

I put this method first because it is the method I generally use. It is named after those neat little timers that many people use in their kitchens.

The idea is to decide on the task and set the timer for 25-minutes. When the timer goes off, stop and take a short break of about 5-minutes. Then start the task again and after 4 short breaks, take a longer break of maybe 20-30 minutes. This technique keeps your mind away from procrastinating.

Many people set themselves up to be “knee deep” in Parkinson’s Law by setting their goals too far out. If I were to say I would write 4,000 words today, I would probably assume I could start at 3 PM and still get it done. But probably not with the quality if I would have given myself more time. 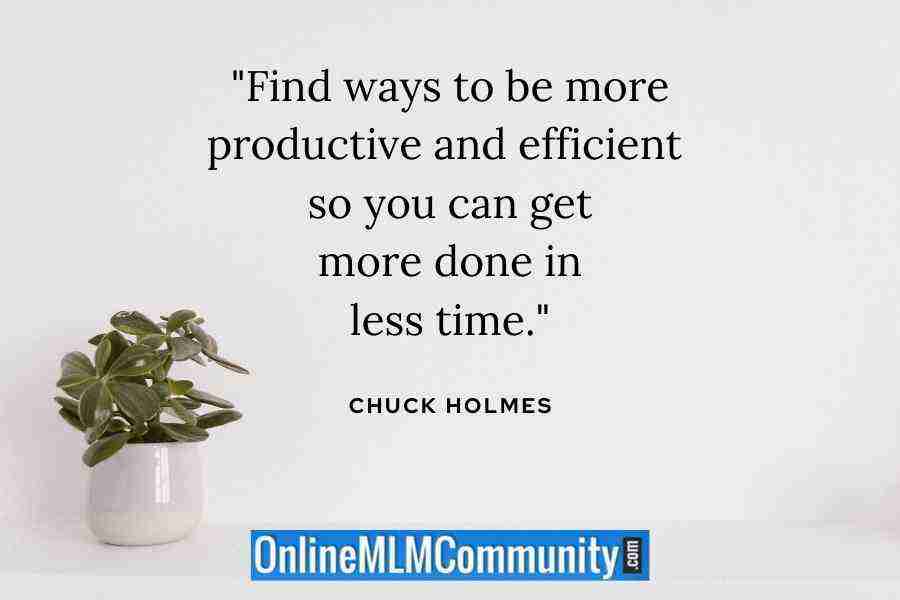 Here are a few basic tips for network marketers when it comes to the Parkinson’s Law.

First and foremost, prioritize your tasks. Not all tasks are created equal. You want to focus most of your time on the Money Producing Activities. These are the activities that actually grow your team and commission check. Whatever you do, make sure you don’t confuse busy work with being productive.

Plan Out Your Week

Another tip is to plan out your week. Spend thirty to forty minutes every Sunday night and plan out each day of the upcoming week. What tasks will you do? When will you do them? How often will you do them? By following this procedure, when you sit down to work your business, you know exactly what you will be doing during that specific time frame.

I learned about this idea from Hector Lamarque, a million-dollar earner in Primerica. This was the tip he shared: “Is what I am doing right now the single best use of my time?” If you can answer yes to that question, keep doing whatever it is you are doing. If your answer is NO, make the required adjustments so you can work smart.

Have a Contest with Yourself

Have a simple contest with yourself each week to see how much you can get done in the LEAST TIME possible. Find ways to be efficient, not just effective. Batch your work and do similar things at the same time. You will find what normally takes you 8-10 hours each week to do could probably be done in 2-3 hours if you had a better plan or were more organized.

In a way, humans are addicted to Parkinson’s Law. We have adopted it as a Law we should follow when it is a law we need to break.

I know that the majority of readers are law abiding citizens, but I call upon you to become an outlaw!! Just break the Parkinson’s Law that is holding you back. You CAN DO IT!

What are your thoughts? Do you have any questions? You can post them below this post in the comments section. I hope this helps you get more out of each day. Thanks for visiting.