Today, I am going to do a One Coin review…

Originally, I was just going to make this a list article giving you some cool facts about the supposed “Bitcoin Killer” One Coin.

As I researched this multilevel marketing crypto-currency system, I felt a strong urge to change how I would go about writing this post.

First off, I don’t know if the facts I am about to tell you are cool. We will not going to give you my opinion about One Coin; I am just going to supply you with these 25 facts and let you decide for yourself if One Coin is a good opportunity or a scam.

I am interested in gaining every opinion from all of the readers. So please just comment if you believe it is a scam or a good opportunity at the end of this post.

These facts are in no particular order. 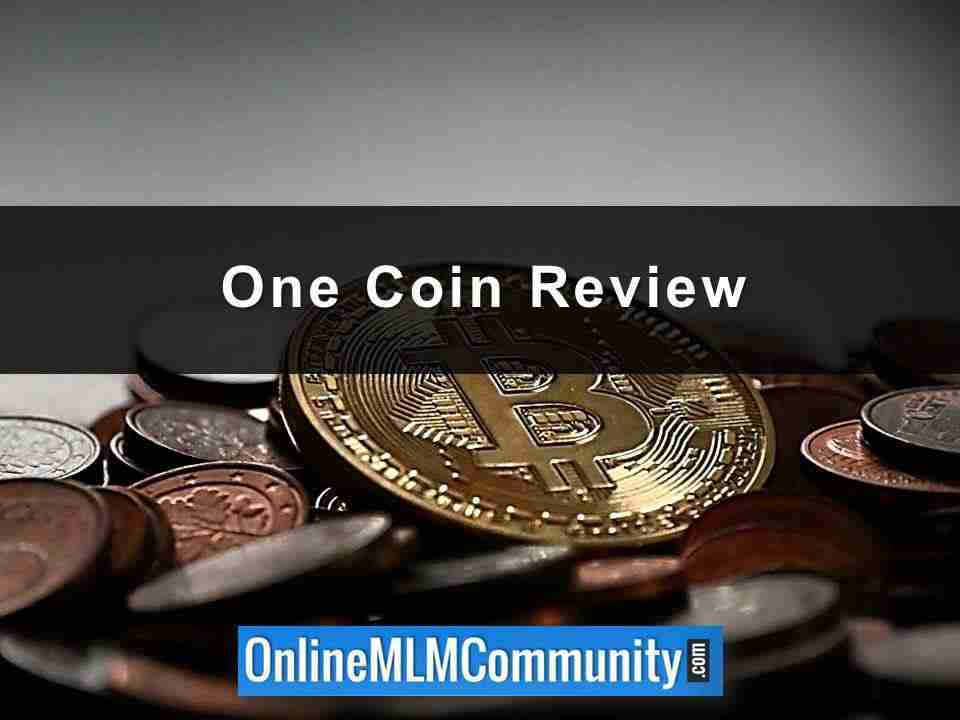 The company behind the crypto-currency One Coin is Onecoin Ltd. With their primary headquarters in Gibraltar. They also have offices are in Bulgaria.

One Coin Fact #2: The Founder And Leader Of One Coin

The “brains” behind One Coin is a Bulgarian by the name of Dr. Ruja Ignatova. According to the biography on her Tumbler site, Dr. Ignatova was born in Bulgaria but moved with her family to Germany when she was 10.

Supposedly, Ruja finished Law School in 2 ½ years and ranked 3rd in the country for her grades. She completed her Doctorate and went on to work for major financial institutions. She is part of the management team of Crypto Real Investment Trust and has written a book entitled Learning For Profit.

When you visit the One Coin website, it seems quite professional. The claims consist of:

That there are only 120 Billion One Coins and they use the most sophisticated technology to process transactions more quickly than competitors.

But, when I scrolled down to where it says on the website that I could ask Dr. Ruja questions on her blog, when I clicked it. I get a Coming Soon message.

One Coin Fact #4: Only One Exchange

There is only one place you can exchange One Coin. According to the One Coin website, this is because One Coin owners are part of just one network and must use XCOINX.com to exchange their coins.

One Coin Fact #5: The One Coin Network

Unlike other cryptocurriencies, One Coin is mined using a multilevel marketing type of business format. It all runs through One Life website and to be able to mine coins, a member must purchase packages that supposedly hold educational materials. These packages start at free and go up to 27,500 Euros.

One Coin Fact #6: Prior Ponzi Allegations

It has been shown that several of the key figures in the One coin operation have been investigated and some even have convictions for running Ponzi schemes.

The Hungarian Central Bank has issued a warning to all citizens of that country that they believe the One Coin – One Life operation is an illegal pyramid operation.

In China, multiple One Coin investors and members were arrested in 2016 and the government seized nearly $31,000,000 in assets.

The Italian Antitrust Authority filed an injunction against One Network Services Ltd. Which is the primary company behind One Coin. They did so in 2016 and in February of 2017 they banned all One Coin activity in Italy. They claim it is an illegal pyramid system.

Bitcoin is the largest and most successful crypto-currency in the world. In an effort to make sure that scams do not harm their operations, they provided evidence to the British newspaper Mirror showing extreme evidence that One Coin is a Ponzi scheme. The Mirror agreed and printed the One Coin – One Life is both a cult and a get rich scheme.

Bulgaria also issued warnings against One Coin. Dr. Ruja being from Bulgaria, it was shown the company was using banks there. After Bulgaria issued their statement, One Coined stopped its activity in Bulgaria and moved banking operations to foreign countries.

In early March of 2017, the Croatian National Bank issued a warning to its citizens that One Coin is not regulated in any way and that the possibility of financial losses were high.

One Coin Fact #13: Other European Countries

It seems many other countries in Europe are also giving warnings, While they have not deemed One Coin – One Life illegal, they are saying that people should be aware that serious financial consequences could happen if they participate in the One Coin – One Life system. Those countries consist of:

One Coin Fact #14: One Coin Does Not Accept Cryptocurrency

One Coin Fact #15: Commissions For Independent One Coin Associates

Anytime an independent associate signs up a new member, and that member purchases a package, the associate gets commissions totaling 10%. But of that 10%, 6% goes into a cash account which is withdrawable but at a cost that is extremely high. The other 4% is put into a mandatory account that can only be used to buy tokens, coins or upgrade their account.

One man by the name of Ken Labine signed up his cat. Yep, Milo the Cat is a One Coin mining member. So the Know Your Customer policy at One Coin is a complete farce.

One Coin Fact #17: The Invented One Coin Value

No one can actually determine how this figure was determined, but Dr. Ruja and the management team set the value of each One Coin was set at $7.05 before more coins were added. Suddenly, Ruja decides to change the amount of One Coins available to be mined from 2.1 Billion to 120 Billion, but somehow the One Coin value remains the same.

Even a person who failed Economics knows this is an oxymoron. The price per coin should have dropped to 12 cents each.

One Coin Fact #18: The One Physical One Life Product

One Life does have a touchable product you can purchase. It is a tablet that has a retail value of 550 Euro, but straight from Dr. Ruja herself, you can but that tablet for 7,236 Euro in One Coin. So she is saying that One Coin isn’t worth squat.

One Coin Fact #19: Sebastian Greenwood With One Coin

Another person who has had involvement in the operations of One Coin – One Life is Sebastian Greenwood. Greenwood was involved in a known pyramid scheme in Pakistan called Unaico.

Nigel was the one time President of One Coin, but he had a falling out with Dr. Ruja. Nigel was involved in 2 other similar operations that people lost a lot of money in:

One Coin Fact #21: Questioning The One World Foundation

The foundation created under the One Life guise states that they are giving laptops to children and helping to teach children about today’s economy. Dr. Ruja has not shown any evidence whatsoever that any of this is true.

One Coin Fact #22: Will Not Allow United States Citizens To Participate

Since day one, the United States is considered a restricted country for participation in the One Coin – One Life MLM system. Most experts agree that this is to keep clear of the U.S. SEC.

One Coin Fact #23: No Listing On CoinMarketCap

CoinMarketCap keeps a listing of all viable cryptocurrencies. You will not find One Coin listed anywhere at CoinMarketCap.

In dealing with any investment type of system such as One Coin, transparency is important. An investor should know who is handling their money.

Both the One Coin and One Life websites are registered as private domains. Ownership is nearly impossible to determine.

One Coin Fact #25: A Backdoor Into The United States Market

It seems that One Coin and One Life has discovered a backdoor into the United States market. By using iPro Network and CEO Armando Contreras who is integrating the One Coin concept into his MLM system.

What People Are Saying About One Coin – One Life

While I am keeping my opinion of One Coin to myself, I do want to share some of the statements by other people.

“Be extremely careful with new cryptocurrencies. The majority are worthless/scammy.” Joel Hubert

“The thing I like most about onecoin is that it involves a cryptocurrency. It is different and exciting. I am a lawyer by trade and a skeptic by nature, and wanted to tear down everything that the guy told me about it, but I looked closely at it, and while there are still some unanswered questions with regard to the true value of the coin itself, I see immense potential with many ways to earn.” Shawn Qui

“Not everyone involved in Onecoin are scammers, of course. But I have personally spoken with MANY IA’s and Team Leaders who have ADMITTED that they are completely aware of it being a fraud ….but they don’t care “as long as we’re making money!” Tim Tashun 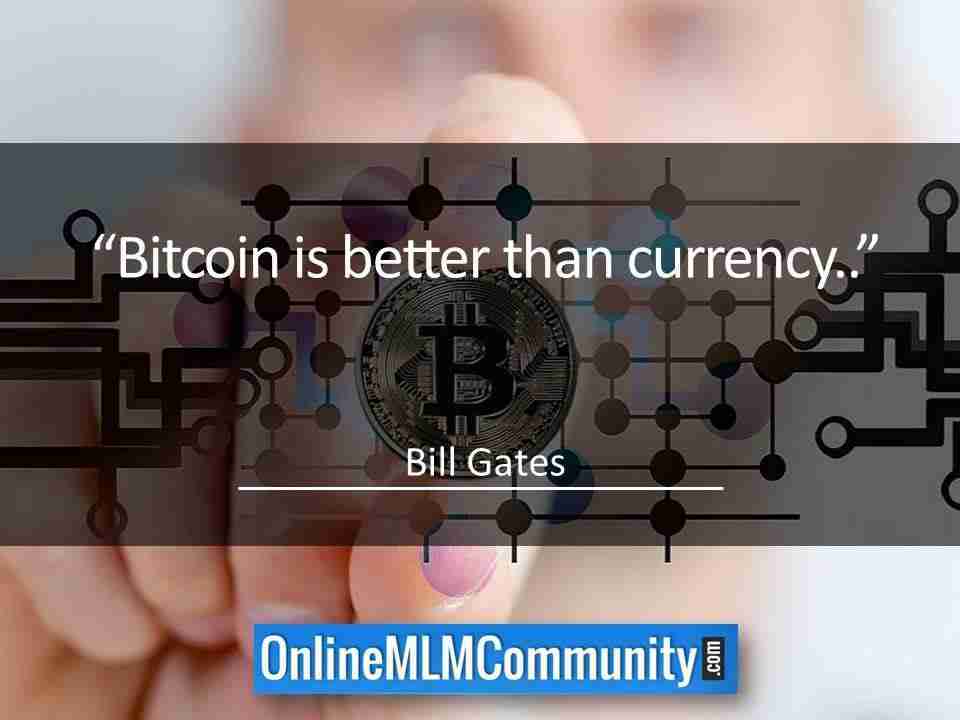 Thanks for reading my One Coin Review.

At this point, it is completely your choice on if you will jump into the One Coin or One Life system. But, I want to just give you one piece of advice… Use common sense. Is the opportunity really right for you?

I really cannot say for sure if One Coin is a scam or a good, unique opportunity.

But, I would love to hear any, and all opinions. Just please keep them clean of name calling and derogatory words.

If you have any questions or comments, you can post them below.

I will also ask that you please use the share buttons and help all other people see this to give them information before they make any rash decisions. Thank you.