Today, I’d like to discuss some interesting MLM Demographics. These are some trends and observations I’ve noticed during the past 18+ years in this amazing industry. I’m also going to talk about the different generations in our society, and share some tips on how you could approach them effectively.

This is not a research paper, so I don’t have stats to back up my observations. They are just my opinion and personal experience. On the other had, I will define each generation and share some interesting stats on them (with sources cited).

Like America itself, network marketing is a melting pot. We attract people from many different walks of like. We attract unemployed folks and professionals. Both men and women participate in our industry, although there are many more women than men doing network marketing.

We have people from different religions, ethnicities, educational levels, upbringings, economic status, sexual orientation, and many other things. To me, that is the beauty of our industry. We welcome everyone with open arms.

We are one of the only professions I know of where there is a TRUE level playing field. It doesn’t matter who you know, if you went to college, who your parents are, what your resume says, your political views, or what side of the tracks you grew up on. Success here boils down to what is in your heart, how big your why is, and how hard you are willing to work.

Do most people in our industry succeed financially? No, not according to industry statistics. But, everyone has the same opportunity to succeed! What you do with it is up to you. You can’t say that about corporate America.

More importantly, when you look at successful reps in different network marketing companies, you really don’t see many similarities on the outside surface. The only thing you will discover is they all worked hard, paid the price, and stayed the course UNTIL they hit their goals. I’ve seen top earners on stage from every walk of life. Many you look at and wonder how they made it to the top! But they did.

When I approach people, I don’t have a specific type of person I am looking for (in a physical sense). Ultimately, I am looking for someone who has the burning desire to change their life, a willingness to work, and someone who is coachable. You never know WHO that person will be just by looking at them and forming a quick opinion. Pre-judging your prospects is a costly mistake. Don’t do it! 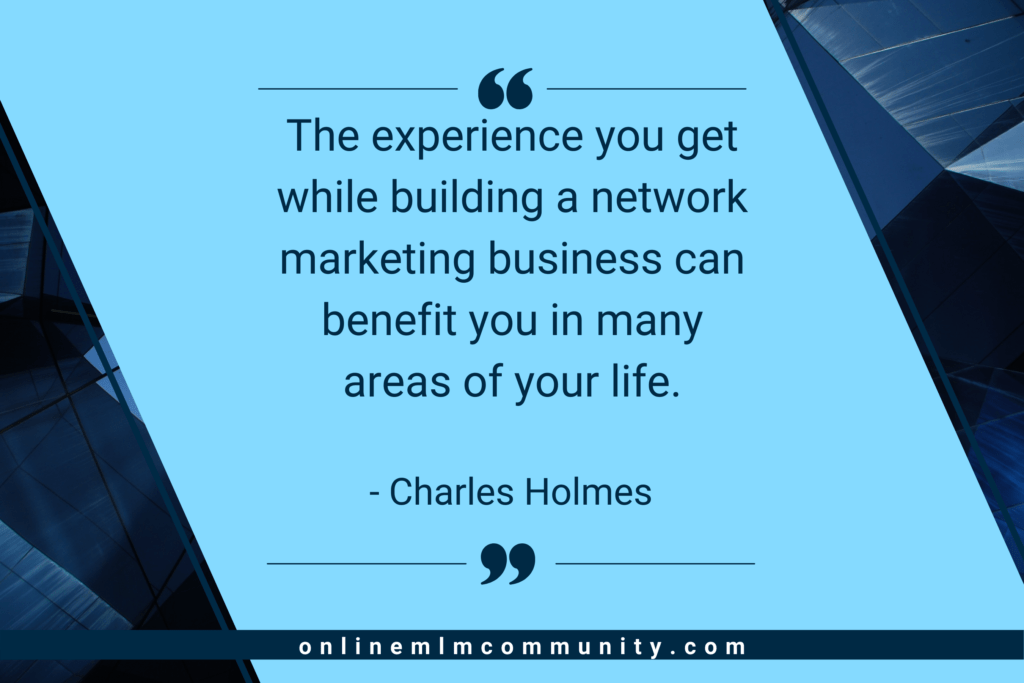 In America, there are approximately 327 million people, give or take (as of 2020). From those people, there are six generations. After doing some research online, here is a simple breakdown of the different generations in the USA.

What I’d like to do in the paragraphs below is talk a little bit about each generation and provide my observations about how it falls into the MLM Demographics.

The G.I. Generation (Hero, born 1901–1924) developed a “good kid” reputation as the beneficiaries of new playgrounds, scouting clubs, vitamins, and child-labor restrictions. They came of age with the sharpest rise in schooling ever recorded. As young adults, their uniformed corps patiently endured depression and heroically conquered foreign enemies. In a midlife subsidized by the G.I. Bill, they built gleaming suburbs, invented miracle vaccines, plugged “missile gaps,” and launched moon rockets. Their unprecedented grip on the Presidency began with a New Frontier, a Great Society, and Model Cities, but wore down through Vietnam, Watergate, deficits, and problems with “the vision thing.” As “senior citizens,” they moved into busy Sun City communities safeguarded their own “entitlements,” but have had little influence over culture and values. ~ LifeCourse

The Silent Generation (born 1925-42) today comprises roughly 20 million adults in their 70s and 80s. Their age location in history sandwiches them awkwardly between two better-known generations: They were born just too late to be World War II heroes and just too early to be New Age firebrands. In their personal lives, this age location has been a source of tension. By the time the Silent were entering midlife, they spearheaded the divorce revolution and popularized (thanks, Gail Sheehy) the term “midlife crisis.” But in their economic lives, this age location has been very good to them—and given them a lifetime ride on the up-escalator coming off the American High. ~ Forbes

These are mostly folks in their 70s to 90s. You don’t see a lot of folks in this generation joining our industry today, but some of them have been involved with network marketing for 30 to 40-years. This is a great group to focus on as CUSTOMERS. They typically have disposable income and they are willing to spend money on things that will help them look and feel better.

Baby Boomers are a great “generation” to focus on in your business. Most of them are currently in their 60s and 70s. Some are looking for some extra income. Others are looking for something to do. Many of the folks in this generation want to look and feel beautiful and they are happy to spend money doing so. They typically aren’t as tech savvy as other generations, but they normally have a large network, are respected, and have a great work ethic. 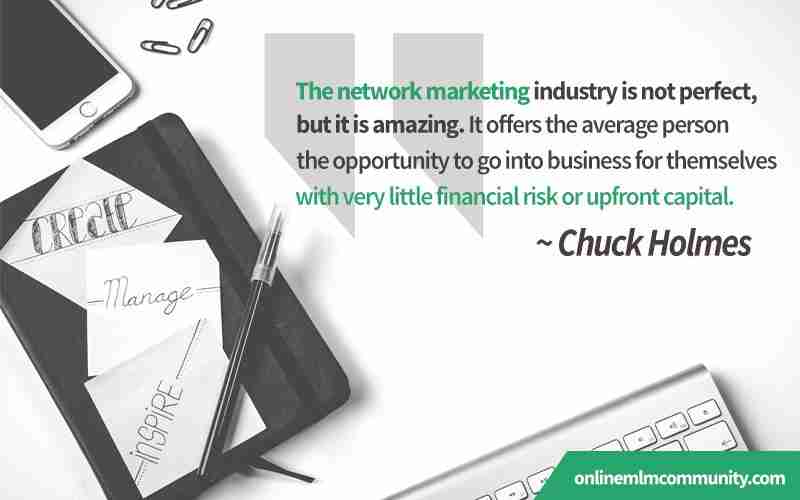 Generation X (or Gen X) is the demographic cohort following the baby boomers and preceding the Millennials. Researchers and popular media typically use birth years around 1965 to 1980 to define Generation Xers, although some sources use birth years beginning as early as 1960 and ending somewhere from 1977 to 1984.

Gen Xers[1] were children during a time of shifting societal values and as children were sometimes called the “latchkey generation”, due to reduced adult supervision as children compared to previous generations, a result of increasing divorce rates and increased maternal participation in the workforce, prior to widespread availability of childcare options outside the home. As adolescents and young adults, they were dubbed the “MTV Generation” (a reference to the music video channel). In the 1990s they were sometimes characterized as slackers, cynical and disaffected. Some of the cultural influences on Gen X youth were the musical genres of grunge and hip hop music, and independent films. In midlife, research describes them as active, happy, and achieving a work–life balance. The cohort has been credited with entrepreneurial tendencies. ~ Wikipedia

I consider myself lucky to be part of Generation X. These are the folks you meet today that are in their 40s or 50s. Many are a little more than half way through their working career, but they don’t have the pension or savings like their parents did. They are looking for a way to fund their retirement better. Many Generation Xers are looking for a new career, something more fulfilling. Most of the Xers you meet know how to use technology, have a decent work ethic, and have a large network of friends. They would be great prospects for the business or potential customers.

Millennials, also known as Generation Y (or simply Gen Y), are the demographic cohort following Generation X and preceding Generation Z. Researchers and popular media use the early 1980s as starting birth years and the mid-1990s to early 2000s as ending birth years, with 1981 to 1996 a widely accepted definition. Millennials are sometimes referred to as “echo boomers” due to a major surge in birth rates in the 1980s and 1990s, and because millennials are often the children of the baby boomers. The characteristics of millennials vary by region and by individual, and the group experiences a variety of social and economic conditions, but they are generally marked by their coming of age in the Information Age, and are comfortable in their usage of digital technologies and social media. ~ Wikipedia

People give Millennials a hard time, normally because they are glued to their cell phones and live on the internet! Don’t hold it against them. That’s how many of them were brought up. Most Millennials are in their late 20s to early 40s. They are still “early” in their working career. You will quickly discover that many Millennials are looking for a way out of the Rat Race. They value freedom and independence. If you can show them how they can use technology to grow their business, many of them will take a look!

Generation Z (often shortened to Gen Z) is the demographic cohort succeeding the Millennials (or Generation Y). Demographers and researchers typically use the mid- to late-1990s as starting birth years, while consensus has not been reached on the ending birth years. Children of Generation X and sometimes Millennials or Baby Boomers, members of Generation Z have used digital technology since a young age and are comfortable with the Internet and social media, but are not necessarily digitally literate. ~ Wikipedia

These folks are still too young to become reps or customers in our industry, but they are definitely the future. As these kids start to turn 18 and realize that “job security” and “corporate America” are not what they once were, I believe many of them will find their way to network marketing. 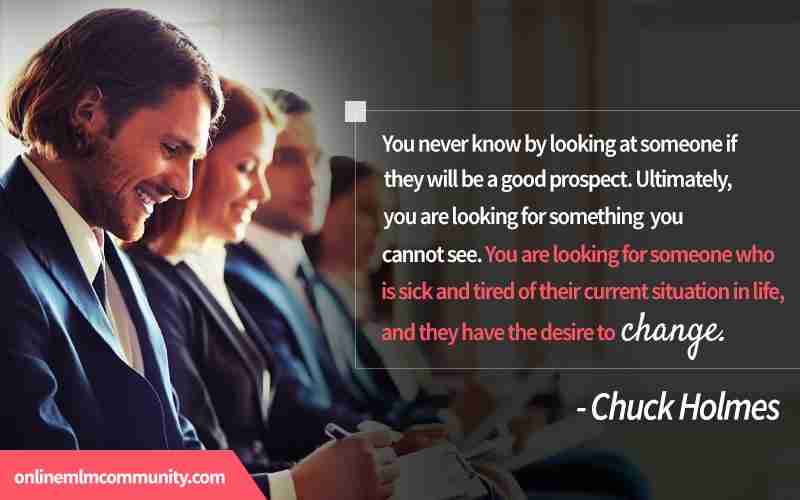 What This Means to You

Because our industry is a melting pot, I don’t believe you should focus on only one group of people. At the end of the day, you never really know who will be interested in your products or business opportunity. The MLM Demographics I’ve seen in my career prove that point.

That being said, you will want to use a different approach for each of these generations. Figure out what their values are, how they like to communicate, and what they would be most interested in, and focus on that.

In conclusion, these are the things you should know about MLM Demographics. What are your thoughts? Do you agree or disagree with what we have listed above? Why or why not? Leave a comment below to let me know what you think. I look forward to hearing from you.