Today, I want to share a list of publicly traded MLM Companies. I am not 100% sure if this is a complete list, but after doing my research online it should be pretty accurate. If you know of another MLM Company that is traded publicly, but not mentioned below, please leave a comment at the end of this article to let me know. Thanks. 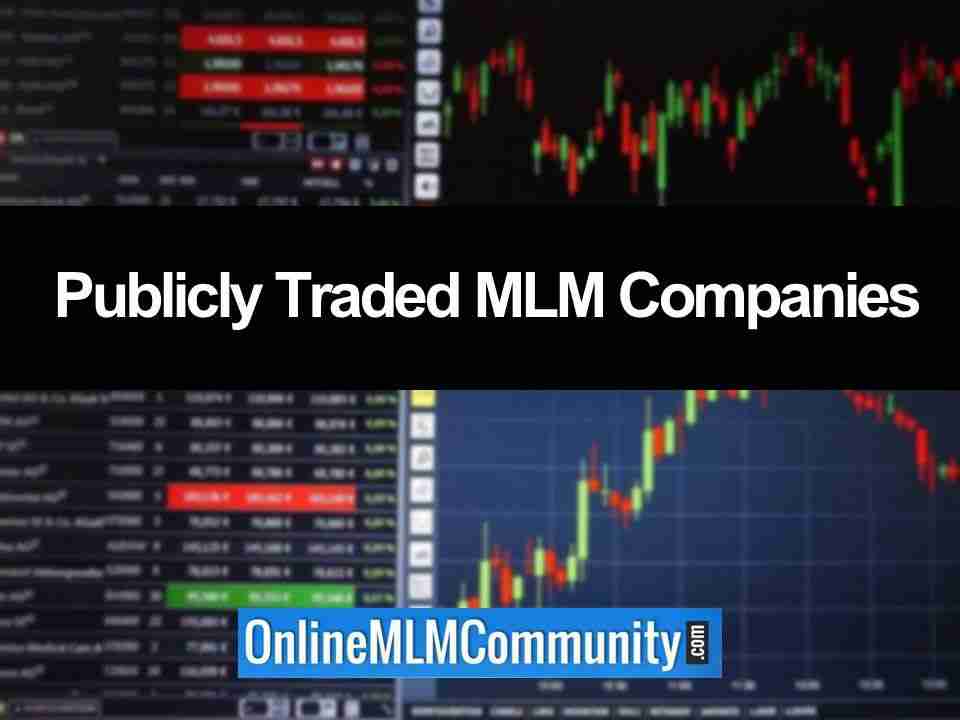 Founded in 1971, the NASDAQ is the second largest stock exchange in the U.S., behind the NYSE. In order to qualify for listing on this exchange, a company must be registered with the Securities Exchange Commission (SEC) in the US. It must also have at least three market makers and meet minimum requirements for assets, capital, public shares and shareholders (source).

Over the Counter Bulletin Board (OTCBB)

The OTC Bulletin Board or OTCBB is a United States quotation medium operated by FINRA for its subscribing members. It is used for many over the counter (OTC) equity securities that are not listed on the NASDAQ or a national stock exchange.

This is a stock exchange based in Toronto, Canada.

The Stockholm Stock Exchange is a stock exchange located in Frihamnen, Stockholm, Sweden. It was founded in 1863. It has become the primary securities exchange of the Nordic countries. More than 300 companies have been listed for trading (source).

The one MLM company I found listed here is:

The BM&F BOVESPA is a stock exchange located in Sao Paulo, Brazil. As of December 31, 2011 it had a market capitalization of US $1.22 Trillion, making it in the 13th largest stock exchange in the world (source).

The London Stock Exchange is a stock exchange located in the city of London in the United Kingdom. As of December 2014, the Exchange had a market capitalization of US $6.37 trillion making it the fifth-largest stock exchange in the world and the second largest in Europe (source).

The top tier of the three marketplaces for trading over-the-counter stocks provided and operated by the OTC Markets Group. The OTCQX forum offers the best marketplace of these three tiers for companies that fulfill qualification criteria. To qualify for an OTCQX listing, a company must meet high financial standards, be current in its disclosure and be sponsored by a professional third-party advisor.

The Pros and Cons of Privately Owned vs. Publicly Traded MLM Companies

On the other hand, a privately owned company is typically owned by an individual, or a small group of individuals. They make the decisions as to what is best for the company and remain in control of the company.

It’s a big deal just to go public. There are a lot of hoops to jump through. They are highly regulated and watched closely by the SEC. They have to reveal their financial information and have lots of strict rules to follow.

The major disadvantage of a publicly traded MLM Company (as I see it) is that the company is typically more concerned about keeping the stockholders happy rather than the distributors. The management team is at the whim of the stockholders.

Privately owned companies also have advantages and disadvantages. The major two disadvantages are insufficient capital and an inexperienced management team (or no team at all). Many privately owned MLM Companies have insufficient capital for future growth, and a management team with limited experience. These two factors are the most common reasons so many network marketing companies fail.

On the other hand, the owners have more control over the company and can do as they please (in a privately owned company). Since they don’t have to worry about stock holders and dividends, they can afford to pay out more in commissions to their distributors.

Personally, I stick to privately owned MLM Companies. I’m not telling you what to do. This is just my opinion, based upon my own experience and beliefs.

I just do not want to have to compete with stockholders for the payouts (as a distributor). I also like the idea of the business owner having control of the company, not a board of directors (who probably don’t have experience as distributors). 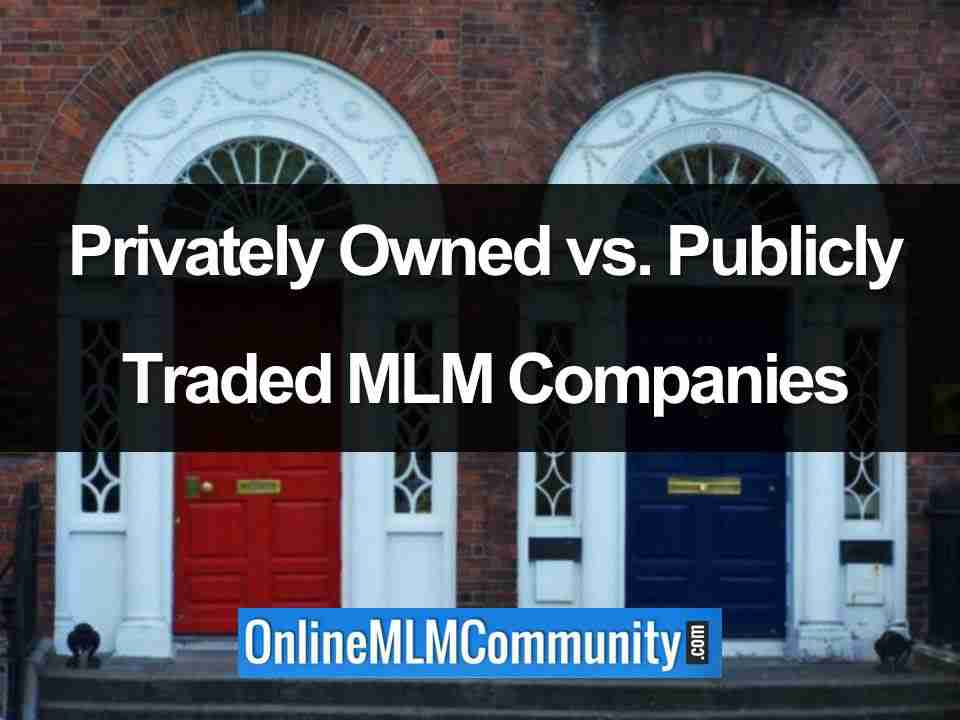 However, what you decide to do is up to you! Both types of companies have advantages and disadvantages. I would tell you what I tell everyone else.

Which type of network marketing company do you prefer and why? Leave a comment below to let me know what you think. I look forward to hearing from you. Have a great day!

Other Must Read Posts: