In today’s post, I want to do a review of Kenton Worthington, a Nu Skin distributor, and million dollar MLM earner.

First and foremost, this is NOT a paid post. I have never met Kenton Worthington before in real life. I have never worked with him. What I have done was watch a bunch of his YouTube videos and developed a tremendous amount of RESPECT for his style and achievements.

Kenton Worthington is the ultimate Nu Skin Enterprises Success Story. He is a Team Elite member and is one of Nu Skin’s top 20 producers. And he’s only been with the company for about ten years now (at the time of this writing).

I learned about Kenton Worthington while watching some YouTube videos about network marketing and was very impressed by him. What I enjoyed most about the Kenton Worthington video was the passion this guy had. He is a fireball of energy and enthusiasm.

He’s a young guy in his mid to late 30s. But don’t let that fool you. He has absolutely exploded on the scene in our industry. I’d consider him one of the top network marketers in the world.

He first started his Nu Skin business in 2003, after spending six years with a different network marketing company. Since 2003, he has built a huge team that spans 27 countries. Kenton Worthington has helped launch Nu Skin markets in China, Hungary, Columbia, and South Africa. Most of his Nu Skin down line are in European countries.

He learned about the company from Nu Skin Team Elite Nathan Ricks. Nathan Ricks is one of the top earners in all of Nu Skin.

Kenton Worthington participates in the One Team Global System with Nathan Ricks. He built his business by talking with people face-to-face. Whenever he sponsored new people, he helped them achieve success. He is a dynamic leader, motivator, trainer, and incredible coach. Most importantly he knows how to find and develop leaders.

His brother, Richard, is also a top earner with the company.

Nu Skin is one of the top 20 largest multi-level marketing companies in the world. It has been around for more than 25 years, and is one of only a few billion dollar MLM Companies. Best of all, it’s positioned for long-term growth.

If you were ever considering joining Nu Skin, Kenton Worthington is the type of guy you would want as a sponsor. If you have ever worked with Kenton Worthington personally, I would love to hear from you. Just leave a comment to this post to share your thoughts. 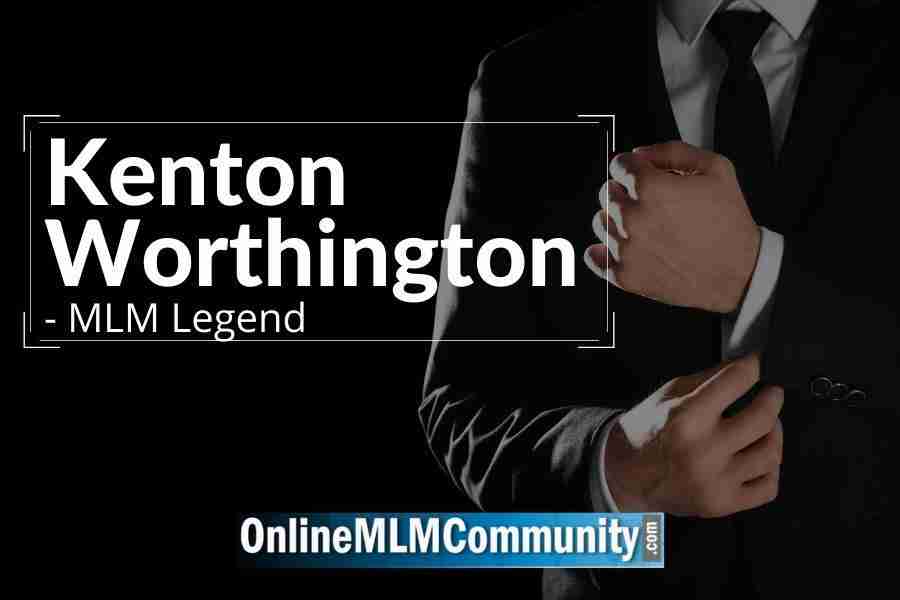 Here are some Kenton Worthington quotes I found online by transcribing some of his videos. Each quote is in bold and italics. After each quote I will share my own two cents on the subject.

The kiss of death in our business is to not believe someone else can do it, to believe that there’s something inside of you that isn’t in them.

Comparison will rob you of your happiness and potential. Never compare yourself with anyone else in the business. Instead, compare your performance with what you are capable of doing. Focus on improving daily.

It’s not just about the actions, it’s about how you do the actions. There needs to come some spirit and passion and heart and soul into what you’re doing, and all of a sudden the results you’re experiencing change.

People are just waiting for a leader to stand up. They are waiting for someone to have the courage to be themselves, to make a decision, take a risk and be who they really are and move forward for their dreams.

People want someone to follow. Be the type of sponsor you wish you had and be the type of person you want to sponsor. Always lead by example. 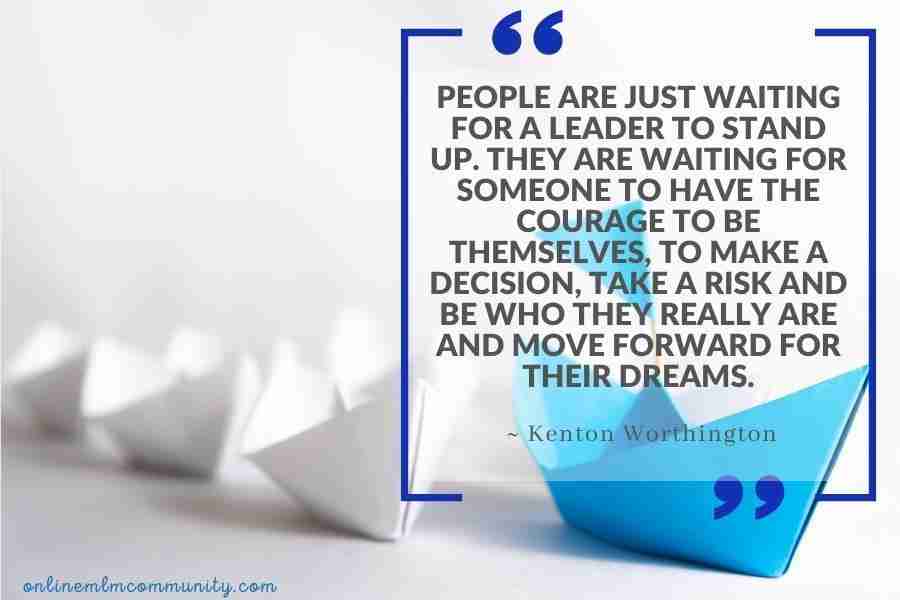 What Others Are Saying

Here are some things others people had to say about Kenton Worthington, that I found online:

Kenton has spoken to tens of thousands of people around the world, been interviewed by top professionals, and spent time with major dignitaries.  All in all, Kenton has fulfilled his dreams by helping others fulfill theirs. ~ therichardworthington.com

Take for example Kenton Worthington. In his 30’s, he is a millionaire, thanks to his success as a MLM top earner ($115,000.00 per month) with Nu Skin. He assisted Nu Skin Enterprises in establishing an office in Eastern Europe. Kenton states that he never would have thought he would have accomplished this much when he first starting in direct selling.

For someone so young, he possesses plenty of wisdom. He knows that in order to have a home-based business, you have to sacrifice a lot of time and energy. Kenton also said that his whole view on his multilevel marketing business changed when he realized that it wasn’t about him, but more about his customers and his team.

According to him, it isn’t what you do that counts, but the spirit and attitude behind your actions that matter. Simply put, you will prosper more when you take self out of the equation. The only way that network marketing is going to work for you is when you make the decision to put all of your strengthen into making it work. It is one thing to dream it will succeed; it is another thing to put the hard work into making it happen. ~ thinkbeijing.com

My brother, Kenton Worthington, is a true professional, a man of his word and full of integrity. The thing that impresses me the most about him is his generosity. He is one of the most generous men I’ve ever met. I’m not just saying all this because he is my brother; he truly is an amazing individual. ~ therichardworthington.com

Disclaimer: I am not affiliated with Nu Skin in any way. Nu Skin is a registered trademark owned by the company.