How I Was First Introduced to Network Marketing

It was March of 2002. I was a young 24-years old. At the time I was serving as a First Lieutenant in the U.S. Army at Fort Carson, Colorado.

I was immature for my age, had a bad attitude, and didn’t have a lot going for me. I was about to be married. I was well educated and had a good paying job, but there wasn’t anything special about me. I wasn’t one of those guys you would look at and say “he’s a good prospect.”

One day, one of my co-workers (another Lieutenant) pulled me aside and asked me if I was open-minded about ways to make additional money. I was by no means broke, but I’ve ALWAYS been open minded about making more money. After all, who wouldn’t want some extra cash to improve their quality of life?

My friend used the curiosity approach with me. She didn’t tell me much. She was somewhat secretive and indirect. She simply told me to come over to her house later that night because she had someone coming over to talk about a great money making idea. She said nothing about a home-based business or network marketing. She didn’t try to convince me or pressure me. She simply asked me a qualifying question, invited me and asked for a decision.

About an hour or two before the meeting I tried to back out. Yep, I was one of those prospects. You know the type I’m talking about. I had a long day at work that day and just didn’t feel like going to her house. 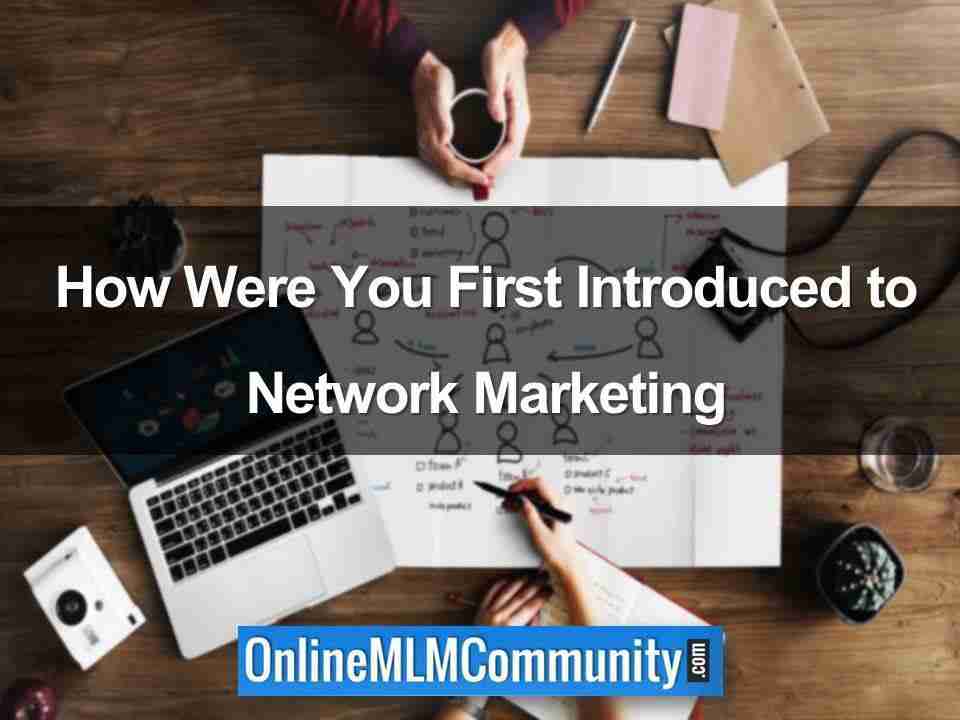 Fortunately for me, my best friend, Watson, was also invited to the meeting and he made me go with him. We rode in his car. He told me I had given her my word and that backing out wasn’t an option. So I went.

When I got to her house there were about 10 other people there. I could feel the excitement in the air. I found a seat on the couch and made small talk with the other guests.

A young guy (about my age) showed up in a blue suit, white shirt and red tie. I had never met him before, but I was told that he was also a Lieutenant in our unit. He set up a dry erase board with an easel and started asking provocative questions to get me dreaming about my own life. He talked about concepts such as financial freedom and residual income. He talked about “switching stores” and getting paid for building up a referral network.

I was by no means skeptical. In fact, I was excited. No one had ever talked to me like this before. I had never heard of network marketing, home-based businesses or residual income. To me the idea simply made sense.

I figured I could switch stores and teach other people to do the same thing. Who couldn’t do that? He went on to explain that if I found six serious people I could eventually be a diamond and be financially set for life. In my mind, I already knew who my six people were going to be! The name of the company was Quixtar. I had never heard of it. I was later told that it was affiliated with Amway, which I had never heard of either.

We were sent home at the end of the presentation with some information and were told that the host would follow up with us within a day or two. I was SO excited. I didn’t need someone to follow up with me. I went home and signed myself up online. This was when we had dial up internet, and it took me 15-minutes just to get online.

I remember laying in bed that night trying to fall asleep. I didn’t sleep at all. Someone had awaken a beast inside of me that had been dormant for many years. Now some 18-years later, I still feel the exact same way that I felt that night. I wake up every day feeling that way.

I am eternally grateful that someone stepped out of their comfort zone and invited me to take a look at something that has changed my life for the better. In fact, I have no idea where I would be in life if Christine hadn’t introduced me to network marketing. 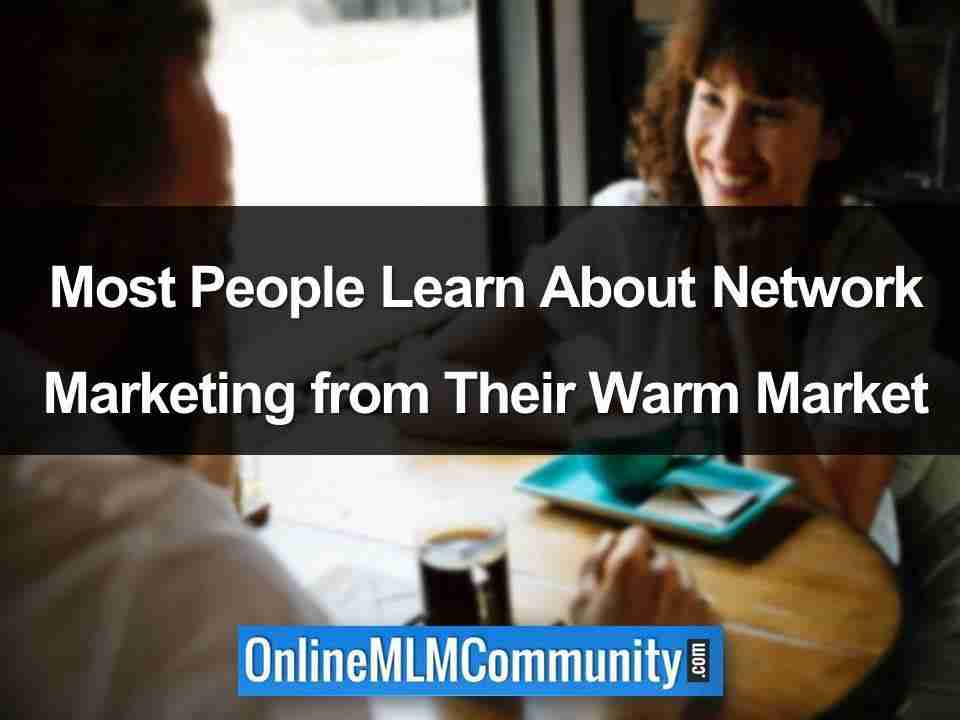 How Were You First Introduced to Network Marketing?

Now is the fun part. I got to ask the question “how were you first introduced to network marketing?” to several of my friends. Here are their responses.

I was just back at the university as a mature age student and found myself with extra time as I was only working part-time while studying. So I was messing around online looking for extra income to help me get through the university, and I stumbled across a Traffic Wave team around 2009.

This team taught me to use traffic exchanges where I received a real eye opener to all the dodgy stuff out there. Seeing all of this, I decided to start my own team and made up an ad and got it out there. I included on my ad a request for expressions of interest for an admin to join me and I met David X and Tom Taylor who became mentors.

I was about 25 and new to the online world while they were older and wiser. These mentors truly changed the direction I was taking and talked me through various aspects of online marketing such as using safelists and social media (new back then) and taught me how to market respectfully.

I was Introduced to Network Marketing over 25-years ago when my dad was involved with a company called Cernitin America, their flagship product was Dick Gregory’s Bahamian Diet. He was very involved in the business and held meetings in our living room.

I was in my early twenties when he introduced the business to me and asked me If I wanted to help people lose weight and make some money in the process by sharing the product and finding people like us who wanted to make additional income.

The product was helping people to lose weight so I was excited because of the results. I get my entrepreneurial spirit from my dad. I was always fascinated by network marketing.

I am a people person and I like connecting with people and helping them to achieve their goals and dreams and empower themselves financially.

I was around 27 years old, and it was my birthday.

I had just finished my master’s degree in the Netherlands and I was working a normal job.

Back then I was really into personal development and stuff, and somehow, a lady I never met or knew sent me a friend request on Facebook which I accepted.

On my birthday, she posted a happy birthday message on my wall and told me she had a gift for me and added a link.

I clicked on the link and was taken to an opt in form, I filled in my details, and was placed on a (I later learned) 3-way call, and that’s how I was sponsored into my first MLM.

The upline was really postured, told me the call was to “qualify me for his time”.

He asked about my goals, and how much I wanted to earn, and when he was satisfied, told me about the company and sent me to the company website to watch a video and I was hooked!

I remembered maxing out my credit card and borrowing money from a friend to attend the company event at Barcelona, Spain.

That MLM folded up years later and I had moved on to another company, but my original sponsor and I still remain friends.

I recently sent her a nice message thanking her for introducing me to network marketing! 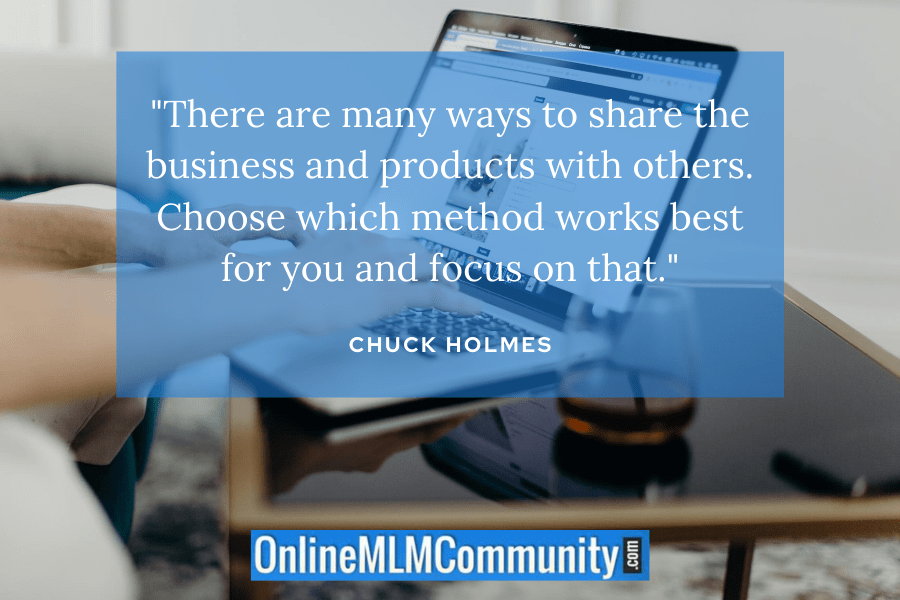 Here is my big takeaway from this article.

There are MANY ways to introduce people to network marketing. It really doesn’t matter what you do, or how you do it, as long as you are legal, moral and ethical.

If you get nothing else out of this article, please remember that. Teach your team different ways to reach out to people and let them choose which method works best for them.

4 thoughts on “How Were You First Introduced to Network Marketing?”