If you even mention the name of the legal aid MLM Company called Legal Shield, which changed its name from Pre-Paid Legal, one of the top people who come to mind is Dave Savula.

Dave was the top earner with Pre-Paid Legal and last year, he sadly passed away. This post is a tribute to Dave Savula.I will give you a general biography of Dave and all he achieved with the company, but first, let me tell you about Pre-Paid Legal.

In 1969, Harland Stonecipher was involved in a car accident in Oklahoma where he was from. The other party in the accident was determined to be at fault, but they still took Harland to court. The legal services Harland had to pay for in this situation depleted his savings.

Seeing this unjust situation, Harland studied European systems and created The Sportsman’s Motor Club in 1972. This club offered legal expenses to its members.

In 1983, the company became Pre-Paid Legal and offered legal services under a multilevel marketing plan.

The main idea of this MLM is to sell monthly plans where attorneys affiliated with Pre-Paid Legal would cover any legal procedures if a person who is under the monthly plan required them.

In 2011, Pre-Paid Legal merged with MidOcean Partners and later that year, the company name was changed to Legal Shield.

As a businessman, Dave Savula understood the importance of having legal assistance nearby. In 1985, being slightly skeptical, Dave signed up as a Pre-Paid Legal member. Over the next few years, Dave became convinced that Pre-Paid Legal was a great MLM system. He and his wife used attorneys various times and realized that it was well worth the monthly cost.

In 1992, Dave Savula made a trip to Ada, Oklahoma and met with the founder and CEO of Pre-Paid Legal, Harland Stonecipher. After that meeting, Dave and his wife Beverly became independent representatives of Pre-Paid Legal.

Dave Savula believed wholly in the service he offered. As a matter of fact, Dave was so passionate and determined that to this very day, Legal Shield independent representatives have duplicated the same sales methods Dave Savula taught and was the master of.

Both Dave and his wife Beverly recruited thousands of independent representatives and mentored them into having successful home-based Pre-Paid Legal businesses, plus having their own legal aid.

Dave had a passion to make sure those recruits who desired it could do as well if not better. Dave became an acclaimed speaker and also made training manuals and videos.

I love the story a company executive tells about Dave. It seems Dave was set to recruit as many people as possible in Ohio while he was there. He was getting signed agreements right and left, but headquarters called Dave and told him they could not process them because Ohio was not opened yet.

Dave simply told headquarters they better get Ohio opened soon because he wasn’t stopping… And he didn’t!

Within one week, Ohio was opened to Pre-Paid Legal. Determination was Dave Savula’s middle name.

Dave Savula reached the level of Diamond 7 Associate. There is no level higher in Pre-Paid Legal / Legal Shield.

Legal Shield integrated the Dave Savula Lifetime Achievement Award that is given to Legal Shield associates and employees who go over and above the company’s values and commitments.

About His Personal Life

Dave Savula made a huge impact on many people’s lives. He was born in Ohio resided in Dawsonville, Georgia and Pawley’s Island, South Carolina.

Besides being the top earner and leader in Pre-Paid Legal / Legal Shield, Dave Savula was also a youth football coach that was loved in the Northwest Georgia Youth League. Many of the players he coached went on to play college ball and some even in the National Football League.

Dave’s wife Beverly still lives on with his memories as does his two sons, David John and Michael along with three grandchildren.

Dave Savula battled sarcoidosis for two years before he passed away. The disease did not stop him though. Just months before his passing, Dave spoke at a company event.

So do you want to learn something from Dave? He can teach us all a lot even though he is gone.

The man was a master of sales and he brought Pre-Paid Legal / Legal Shield up to high status in the world of multilevel marketing. He inspired and led many people to grow a solid home-based business. 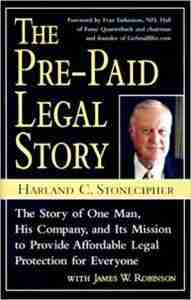 Even with Dave’s passing, his education remains. You do not have to be with Legal Shield to learn from this master of recruiting.

I would love to hear from any Dave Savula recruits. Please tell us your great memories of this master and wonderful leader. I honestly wish I could have met him and been in his team.

We would love to hear all stories about Dave. If by chance you would be interested in Legal Shield as a customer or as a representative, I suggest you visit their website at: https://www.legalshield.com/

Thank you for visiting today and please leave all questions and comments below. And would you please share this socially? Let’s give Dave Savula the honor he deserves. Thank you.

Disclaimer: We are not affiliated with Legal Shield in any way. This is not a paid article. It is completely a tribute to a fellow leader in MLM.