How long does it take to build a large MLM Team?  To answer that question, it depends upon your definition of large.

To be conservative, I’m going to assume that your definition of large is a six-figure residual income.  For most people, that amount of money would be completely life changing.  It would allow them to quit their job, reclaim their life and live life on their own terms. It would give them real FREEDOM.

In most network marketing companies, you will need a team of 2,000 to 5,000 distributors (including customers) to make a six-figure annual income. 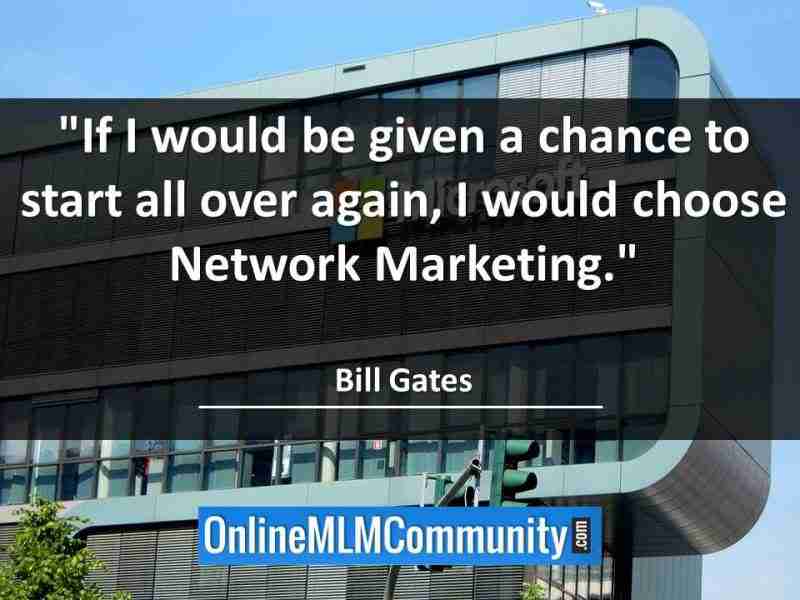 Why?  There are two reasons.

First off, not everyone on your team orders every month.  I wish they did, but they don’t.  In most companies, only 30 percent of your entire team will be “active” in any given month. To put that in perspective, if you have 5,000 total people on your team, that means that only 1,500 of those people will actually place an order in a given month.

Some of you might have a higher “active” rate than that, but it’s not all that common.  I have talked with hundreds of top earners in our industry and this seems to be the norm: 20 to 40 percent of their team is active (and normally about 30% is the average).

With most network marketing companies, you earn about 5 percent of the total volume in your team.  Keep in mind this varies from company to company, but not by a huge factor.  Therefore, you would need to do approximately 200,000 points in volume in a given month, to earn $10k per month in commissions.

Building up a monthly volume of 200,000 points or more takes time.  If the average order per person is 100 points, you would need 2,000 people ORDERING the products in a given month to hit that number.

How long will it take to build a large MLM team of 5,000 people so you can have 1,000 to 2,000 people each placing an average 100-point order each month?  After studying many top earners in our industry, I think a conservative estimate would be five to seven years for part-timers and two to three years for people doing it full-time.

Legal: Of course, I guarantee this will be your experience.  Individual results will vary.

Everyone Is on their Own Journey

Yep, some people do it faster than others.  Some people can build a team that big in just a few months.  But it sure and heck isn’t the norm.

After all, the average distributor in our industry only sponsors 2.2 people.  Most people never make any money in their business, let alone make six figures.

It doesn’t mean the industry is bad.  It’s just a reality.  Hell, most realtors® never even sell one home.  Most insurance agents never sell one policy.  Sales can be tough.  Most people suck at it.

It’s the person who can master their skills, stay committed, and put in the work consistently over a period of a few years who will build a large MLM Team and earn a substantial residual income.

Most people aren’t willing to do those things.  Most people won’t treat their business seriously because they don’t have much money invested in it.  That makes it easy to put the business on the backburner and let life get in the way.

Considering you are building your network marketing business part-time, I think it’s a pretty good deal.  Why?  Because I don’t know of any other businesses other there that even give you the opportunity to earn a six-figure residual income in five to seven years, working part-time, without investing a large sum of money and needing employees!

I would say for someone inexperienced with network marketing, a five to seven-year time frame with ONE COMPANY, would be a realistic goal to aim for.  I’m not guaranteeing you will achieve these results, but it is possible.

Now, I know what some of you are thinking right now.  Chuck, I don’t want to wait five to seven years to build a large MLM team and make a six-figure residual income.  That’s a long time.  I want and need money now.

My response to that saying is this:

Get a day job to pay your bills and put in the work to grow your network marketing business working part-time.  What else could you even possibly to create a six-figure residual income?  Five to seven years sounds like forever, but the time will go by quickly.  And, in five to seven years from now you will look back and be HAPPY that you built up a big MLM Business.

If you’re trying to build up a large MLM team quickly, you need to take massive action, work the numbers and learn how to retail and recruit.  You need to work hard and works smart.  Most top earners have personally sponsored 100 to 500 people.  You can easily recruit 100-200 people in two to three years if you learn how to generate leads, close sales, and improve your people skills.

Your number one key to success to build up a large MLM team quickly is your ability to find and develop leaders.  No one builds a big team all by themselves.  Network marketing is a team sport.  You’re going to have to recruit a lot of people quickly, and build depth by tap-rooting, until you can find two to five quality leaders who go out and build a big team of their own.  That is how this business works.

There you have it folks.  This is my answer to the question: “how long does it take to build a large MLM Team?”  It takes as long as it takes.  For most people working part-time, five to seven years is a realistic time-frame for success.  However, everyone is on a different journey.

Some will do it quicker.  Others will take longer.  Even if it takes you 20 years to build up a six-figure residual income via network marketing, I think it’s still worth it.

What’s great about network marketing is that there is a level playing field.  No discrimination.  No office politics.  No ass kissing.  It’s based on your performance AND your ability to find other people who can perform.

Put in the work.  Work through the numbers.  Stay the course with one company.  That is the key to success.

I hope you will make that decision to be a network marketing professional, and put in the work.  Good luck!

6 thoughts on “Build a Large MLM Team: How Long Does it Take?”