Bringing Out the Best in People by Alan Loy McGinnis is one of my favorite books of all time. It’s quite perhaps the best book on leadership that I have ever read.

I first learned about this book when I was an Amway distributor, many years ago. I have since re-read the book at least 10 times. Each time I re-read it I learn something new. 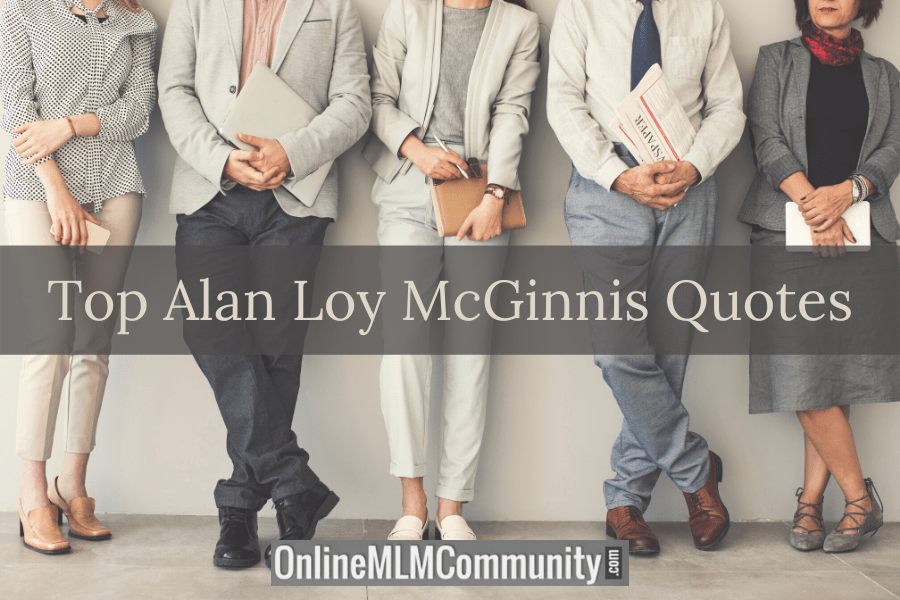 What I want to do in today’s post is share some of my favorite Alan Loy McGinnis quotes from his best-selling book. The quotes are listed in no particular order. Each quote is in bold and italics. After each quote, I will share my own two cents on the topic.

# 1: There is nothing that makes us feel shut out of a group faster than to discover that other members have been informed about a topic when we have been left in the dark.

People like to be informed and in the “know how” as to what is going on. Communication is important in any group. Good leaders keep their people informed and do not hoard information.

# 2: Highly motivated groups know that their leader loves them profoundly and will be loyal to them to the end.

People want a leader who will have their back, especially during difficult times. It’s true, people don’t care how much you know until they know how much you care.

The best leaders are servant leaders. They see their primary objective as taking care of their people. Put your people first and they will naturally take care of you.

# 4: There is simply no substitute for the rewards of helping other people grow, the pleasures of teaching other people to succeed, and the excitement of organizing a group of colleagues who spark one another’s enthusiasm.

One of the greatest feelings in life is helping others grow and succeed and reach their potential.

# 5: Everyone, no matter how highly placed, needs to be accountable to a few people, and the wise leaders always have some colleagues who will tell them when they are about to make fools of themselves.

All successful people need a mentor or staff or mastermind group to keep them centered and balanced. No one knows it all. No one is self-made. Surround yourself with people with different strengths and skills and it will increase your value.

# 6: You can gain a considerable following if you are willing to relate your message to enough people and not be deterred by the large numbers who will not buy it. Instead, you pick up your idea and present it to the next prospect. Eventually, with enough presentations to enough people, a few will become enthusiastic, they join the parade, one by one, and soon a movement is on its way.

No matter what you are offering people, even free gold, not everyone will be interested. Your job is to sift and sort through lots of people and to work with the willing. 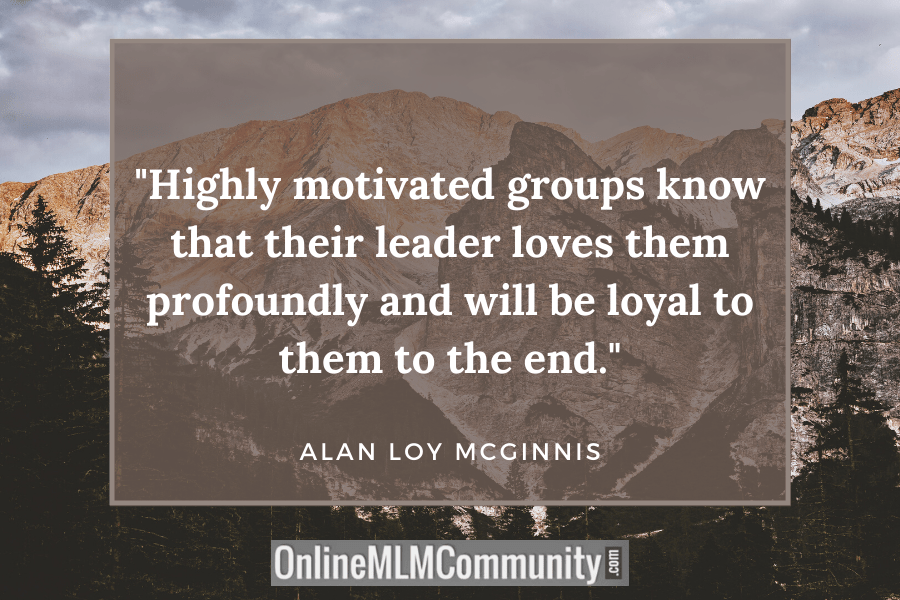 People want to follow someone who knows who they are and where they are headed in life. EVERYONE wants someone to follow!

# 8: To be a successful leader of people requires only two things: (1) an astute knowledge of what makes people tick; and (2) a spirit that spreads excitement and energy to other people.

Great leaders have great people skills and know how to motivate others. They take care of their tribe and make people feel important.

# 9: Part of being a leader is that you must spend a considerable amount of energy absorbing other people’s complaints.

As a leader, we get paid to solve problems. Our problems, the company’s problems, and our people’s problems. The more problems you deal with and resolve, the more money you make!

# 10: Your aim is to grow leaders who can do your job for you, enabling you to rise to other things.

Your job is to develop your people, and help them reach their potential. When you do that, you help them advance their careers, and in most cases, you will get promoted as well.

# 11: So the leader’s challenge is not to take lazy people and transform them into industrious types. Rather it is to channel already existing energies into the most worthwhile endeavors.

A good leader channels the energy of her followers toward a common goal.

Not everyone has what it takes to lead people. It takes mental toughness, determination and a genuine love for other people. It’s also a lot of work. 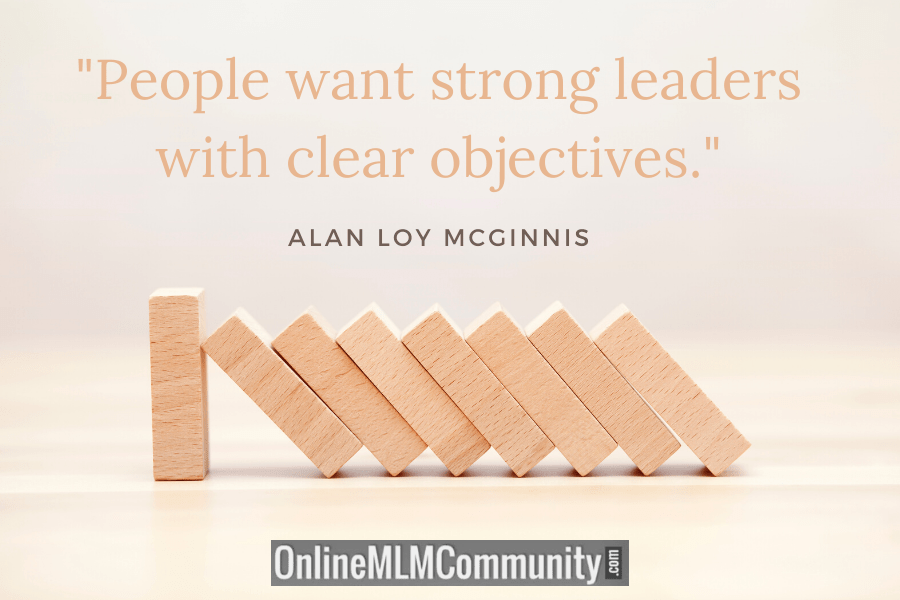 # 13: Enthusiasm is contagious, and people are motivated when we place them in contact with other well-motivated people.

The goal of the leader is to build a self-motivated team. Create a team of enthusiastic team members and anything is possible. By doing that, the group will keep itself motivated.

# 14: More than anything else, it is our attitude toward the people in our classroom or office that will determine failure or success at motivation. If people know we expect good things from them, they will in most cases go to great lengths to live up to our expectations.

People rise to the level of expectation you place on them. Expect the best of everyone you lead!

# 15: Average people have a way of accomplishing extraordinary things for teachers and leaders who are patient enough to wait until ability becomes apparent.

Good leaders can bring out the best in people. Good leaders are patient and look for the good in their followers.

# 16: If you can find one person who will join you in your quest, you have not doubled your capabilities, you have increased them exponentially.

This is known as the power of the mastermind. Two people working together toward a common goal are at least 10x more effective than one person working toward the same goal.

# 17: We do much less than we are capable of until someone show us greater possibilities.

We all have a sleeping giant within us, waiting to be awakened. Look for the best in others. Speak belief into others.

# 18: We all feign modesty and are reluctant to boast about ourselves, but I’ve never known people who did not like having others boast about them.

People love to be appreciated and respected and bragged about to others. 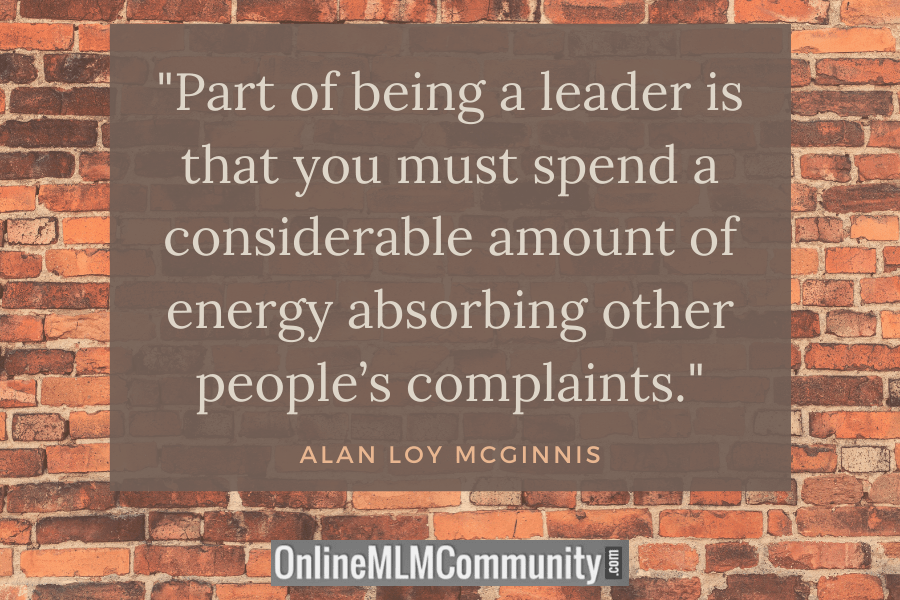 # 19: Most organizations seem to flourish best when they have some strong figure who embodies certain principles, and from whom those principles can filter down.

All organizations are a reflection of their leader. A great leader can turn the Bad News Bears into an all-star team, and a bad leader can ruin a talented group of people.

# 20: Great persuaders have always been good storytellers, for they have known that we are more easily influenced by individualized examples and experiences than by general principles.

People love a good story. Stories are quite perhaps the best way to communicate your messages with your followers. Everyone remembers a good story.

About Bringing Out the Best in People

Bringing out the Best in People was first published in 1985. Currently, there are more than 600,000 copies in print. The publisher is Augsburg Books. It comes in soft-cover format. You can order a copy here on Amazon.

Alan Loy McGinnis was a best-selling author, family therapist, business consultant and popular speaker. Sadly, he passed away in 2005. He was the author of more than 50 articles and several books including The Friendship Factor and Confidence. His books were translated into more than 14 languages. To date, he has sold more than 3 million books.

There you have it folks. These are my top 20 Alan Loy McGinnis quotes from his best-selling book Bringing Out the Best in People. What are your thoughts? What is your favorite quote on this list and why? Leave a comment below to let me know what you think. I look forward to hearing from you.