Just about anyone who has been in our industry for any period of time knows who he is and what he brings to the table. He is charismatic, a servant leader, and man’s man! More importantly, he produces HUGE results.

I’d like to begin by telling you a little bit about Brig’s background, so you can know where he came from and what he is all about.

What I like most about Brig Hart is that he is humble and down to earth. He is a very friendly guy with a great demeanor and great attitude. 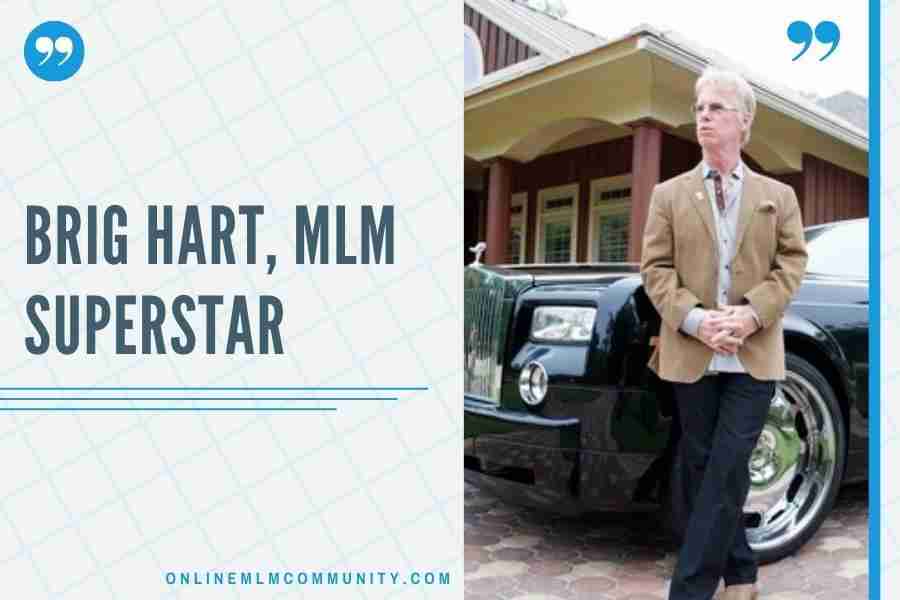 Brig Hart joined the Amway business sometime around 1978 or 1979.

At the height of his Amway venture, he and his wife, Lita, were Double Diamonds. Prior to leaving Amway, they had an enormous team consisting of tens of thousands of distributors.

They had three front-level diamonds and countless downline diamonds including Crown Ambassador Tim Foley. Their upline Diamond was Bill Childers. Some of their successful downline distributors included Steve and Annette Woods, Bo Short, and Ed & Rose Knickman. Many of his successful downline leaders have since been terminated by Amway.

Brig and Lita Hart filed a lawsuit against Amway and several of the kingpin distributors in 1997, claiming that they were “cut out” of the tools money. This lawsuit was one of the most significant lawsuits in Amway’s history. Some say that the lawsuit led to Amway changing its name to Quixtar. I cannot verify that, but I do find it interesting.

The lawsuit regarded the tools business. The Hart’s claimed there were no written contracts concerning tools. Everything was based on a handshake and wink. More importantly, Rule # 4 of the IBO contract was never enforced. Instead, everything was the “good-ole boy” system.

After leaving the Amway business, Brig and Lita Hart joined MonaVie in 2005. MonaVie was a liquid nutrition multi-level marketing company that specialized in products made with the acai berry.

Initially he hired someone to research “liquid nutrition” companies for him. They came up with four potential companies and ended up joining MonaVie. They rose to the top ranks in MonaVie rapidly, and according to some online reports, they are the top earners in the entire MLM Industry. That is no small feat.

To help his team succeed with MonaVie, Brig Hart created the R3 Global system. This was an educational platform that provided the training and motivation for his MonaVie distributors. It offered business support materials, business tools, clothing, accessories, seminars, CDs and other products to help his team build their business.

R3Global was similar to the Amway Motivational Organizations. As of 2014, Brig and Lita Hart sold their MonaVie business. Since leaving MonaVie, they were in several different companies and even started their own company. I’m not sure what they are currently doing.

Brig Hart is a visionary leader and network marketer.

He joined MonaVie before it became popular. In reality, he built MonaVie from the ground up.

His “vision” is what sets him apart from most distributors. He sees things before they exist. Most importantly, he knows how to share his vision with others.

When it comes to finding and developing network marketing leaders, Brig Hart is one of the best in the industry.

He has the amazing ability to see the potential in people and develop that potential. He does lots of one-on-one and group training to teach, train, and support his team.

He also knows how to find leaders and influence them to join his team. He knows that it’s easier and faster to build a team if you are working with leaders.

Brig is a leader himself, so he naturally attracts other leaders to his group.

Brig is a systems guy. He creates systems for his team to follow. This includes training systems, getting started systems, team building systems, etc.

This is quite perhaps the biggest reasons he is so successful in network marketing. His systems are simple and easy for the average person to follow.

# 4: He Keeps The Business Simple

When it comes to building a MLM Business, he’s an old school kind of guy. He does lots of one-on-ones and in home meetings. He teaches the importance of getting a few customers and sponsoring a few people.

He doesn’t promote internet systems or tell people they have to start their own blog, buy solo ads, or spam their business all over Facebook.

He is also out there in the trenches doing what he teaches. This empowers his team.

Brig is always promoting the next event. He definitely understands how important events are in our industry.

He does events for his team and company. This includes local, regional, and national events.

His events are exciting and motivating. People get excited and they learn some new skills about how to build a business. 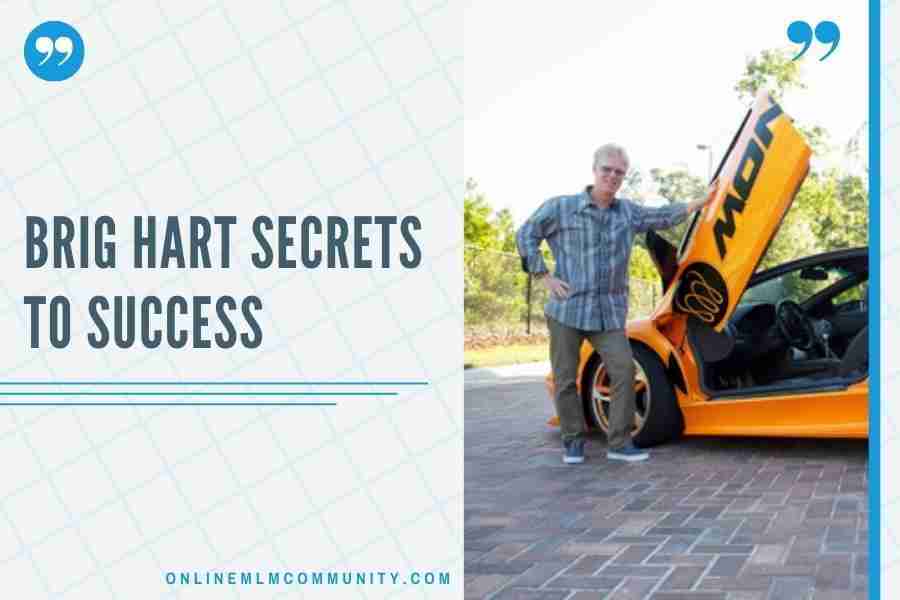 As of 2021, I found two books authored by Brig Hart. They include:

Why Not You, Why Not Now: The Brig Hart Story

This is an auto-biography where he talks about his life before and after network marketing. It has great reviews on Amazon. I have not read it myself yet, but I’m sure it’s a good read.

Hope for Economic Hopelessness: Your Hand Up, Not Hand Out

This book discusses the economic challenges facing most Americans today and offers some solutions as to what you can do about it.

Brig is is the ultimate leader, motivator, trainer, and recruiter. He is a true credit to our amazing industry. If you are part of his team, consider yourself lucky.

If you have experience working with him in Amway, MonaVie, or Jeunesse, I would love to hear from you. How did you meet Brig Hart? How long have you worked with him? What was your experience like? I look forward to hearing from you. Just leave a comment below to share your thoughts.

Disclaimer: Mona Vie and R3Global are registered trademarks. I am in no way affiliated with the company. All views are my personal opinion.