It is a sure thing that every network marketing company has a goal of reaching the billion dollar mark in annual revenues.

We know that there are some companies who have reached that mark and are probably striving to hit higher totals. But wouldn’t it be fun to be working in that MLM office when the first billion dollars was made. I can picture screams, yells, whistles, balloons and bottles of champagne.

So you can very well understand that a billion is not a small figure.

I have done some research and I will share the list of billion dollar MLM Companies.  And yes, it is from 2015. If you believe there is any kind of discrepancy, you can say so in the comment section. But, please bring proof. 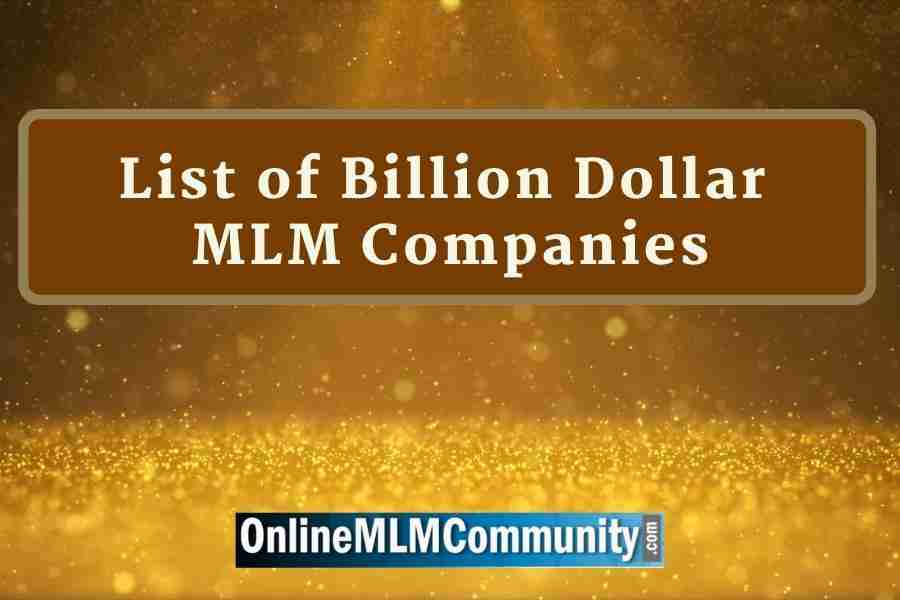 Starting from low to high, here are the billion dollar MLM Companies.

Young Living is an essential oils MLM Company whose headquarters are in Lehi, Utah. Founded in 1993 by Gary and Mary Young, Young Living is growing in huge ways.

Young Living have 6 million global members as of 2019.

Many would claim that Avon made higher figures than that. These are the figures for New Avon. Avon sold all of its North America holdings to Cerberus Capital Management L.P. It is still Avon, but with a different management structure in North America.

In 2009, Randy Ray and Wendy Lewis teamed up to start this highly successful MLM Company. Jeunesse has taken MLM to a whole new level reaching $1 Billion in revenue in just 6-years.

This United Kingdom MLM Company started by just offering telecommunications services. They now offer electric and gas services all through a MLM business format. As you can see, Telecom Plus is growing very strong.

This Skin Care MLM Company started in 1968 in Peru. Because of their great products, the company picked up steam all throughout Latin America.

Seeing the beautiful skin of the Latins, many other women around the world grabbed hold of the Belcorp products and have become independent distributors. I predict Belcorp will keep growing strong.

Belcorp is a leading player in the Latin American cosmetics industry.

Started in 1985, Melaleuca is a powerhouse in this great industry. They have over 400 different products to choose from. You can buy everything from vitamins, skin care, cleaning products, laundry detergent, coffee, and weight loss items. They are based out of Idaho and have a strong U.S. presence.

This Swedish cosmetics MLM Company started in 1967. With extremely top-of-the-line products, it has grown to huge proportions. I look for Oriflame to keep climbing on this list.

Oriflame is present in more than 60 countries.

Based in Texas, Ambit Energy started in 2006 when energy deregulation was taking steam. This MLM Energy Company has been a great way for everyday people to grow their income. After all, we all need electricity. Considering Ambit does not do business in every state yet, it’s quite impressive that they made the list.

Primerica is a unique MLM Company. Offering a wide range of financial packages, insurance and more, this MLM has grown steadily since it was founded in 1977. Based in Duluth, Georgia, Primerica does business in the U.S., Canada, and down here in beautiful Puerto Rico.

This Chinese MLM Company has continued to grow stronger and stronger since they started in 1995. They offer nutritional supplements along with a wide variety of other products. They are making their presence known all throughout Asia and into Europe. 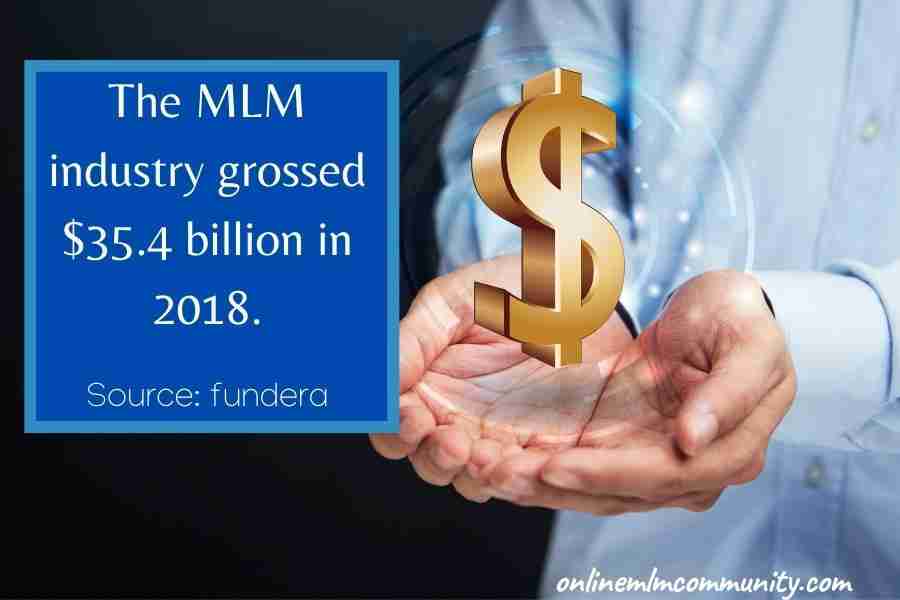 Starting in 1984, Nu Skin which is based in Provo, Utah has continued to climb higher and higher as they move their personal care and supplement products all across the world. I know there are many happy Nu Skin customers and satisfied Nu Skin distributors.

In 2019, China had the most Nu Skin customers, with about 293 thousand people reportedly purchasing Nu Skin products.

I know my mom loves Tupperware along with millions of other housewives. They have been going strong since 1946 and will probably never stop.

This Brazil based MLM Company supplies a wide range of products, with a strong show in personal care, has been spreading all over the world. I look for them to start making a strong move into the U.S. market soon.

In 2020, there were 35 thousand people working for the Brazilian cosmetics group Natura.

Perfect is another China based MLM Company that has been climbing high in the Asian market. They offer a wide range of products including supplements, body care and more.

This is no surprise. The Mary Kay cosmetics company has been in operation since 1963.

We see the pink cars and we know there is a Mary Kay representative driving it. While revenues have been up and down, they are still high on the success ladder.

Mary Kay’s products are sold in more than 40 markets around the world, and its global independent sales force exceeds 3.5 million.

This Asian MLM Company is a huge success. They offer healthy alternatives to what we ingest on a daily basis. While we have not seen them grab a huge foothold in the U.S. yet, I look for them to make strides here.

This German MLM Company has its hands in many businesses. Jafra cosmetics is a subsidiary as well as many others. Their primary business model is direct sales. While you may not call it a MLM per say, I believe they still belong on the list.

Started in 1980, Herbalife is not a surprise to be this high on the list. Everywhere I look, I see Herbalife distributors. They have a great product line of supplements and weight loss items.

As I mentioned earlier, Avon sold its North American holdings, but worldwide they are still Avon and are bringing in high revenues. But do understand that there is an agreement between the old Avon and the new Avon. The products are not changing.

There is no slowing down Amway. They are the top revenue producing MLM Company and I believe it will take a miracle to knock them out of that spot. You surely know the huge range of products that Amway carries but if you don’t, you can visit their website here.

In 2020, Amway had global sales amounting to approximately eight and a half billion U.S. dollars.

Those are the Billion dollar MLM companies from 2015. We wonder who will make it in 2016 and beyond.

There are several who made a strong running and may jump over the $Billion mark including:

What are your thoughts about these billion dollar MLM Companies? Share any comments or questions below. Thank you.