Today, I want to share my top 29 best movies for entrepreneurs to watch.

Sometimes as entrepreneurs, we just need to take a break from the rat-race.  We have often spoke about reading books, but there are also those moments when we desire to watch the screen.

As I see it, there are many television shows that actually are a negative force in our inspiration and motivational process.  In my opinion, a large part of television is just a time and mind waster.

I seldom watch television, but I do have those moments when I enjoy a good movie.  Having a Netflix subscription makes this possible without having to pay outlandish theater prices, not to mention $1,000 for a box of popcorn.

Okay, maybe that is a slight exaggeration, but it is expensive and it often surprises me that people even go to movie theaters anymore.  There, I said my piece about that, but movie costs is not what this post is about, so I better get back to the point.

There are many lessons we can learn within these movies, so I will share some of those lessons and explain just a bit about each movie.

Top 29 Movies for Entrepreneurs to Watch

This documentary covering the beer industry was released in 2009.

It delves into the laws and regulations that seem to harm the small beer brewers and helps the major firms such as Anheuser-Busch, Miller Brewing and Coors.

I believe that as an entrepreneur, we can learn how to go after any laws that could be harming our business.

There are also advertising lessons that can teach us how to compete with the “Big Guns.”

First and foremost, I suggest that this is not the type of entrepreneurial business you should take on.

Blow is a 2001 movie starring Johnny Depp and Penelope Cruz.

It is about the life of one of the biggest cocaine smugglers in United State’s history, George Jung.

The main point for entrepreneurs in his movie is, be wary of who you trust and do business with.

#27: Enron: The Smartest Guys In The Room

So what can you learn?

You will learn the proper way to manage your books and finances to stay within the law.

Sure, you could follow the Enron example if you don’t mind spending some years in Federal prison.

This movie released in 2011 stars Bradley Cooper and Robert DeNiro.

I took to this movie because it is about a writer who discovers a drug that can make his life easier supposedly.

Easier is not the truth, and that is the lesson…There are no shortcuts to success.

25: Thank You For Smoking

This 2006 comedy is about a spokesman for big tobacco who is also trying to set a good example for his son.

There is the lesson: are you following your principles or the money?

This is a documentary from 2011 about venture capitalism.

Many companies built by entrepreneurs could not have been possible without venture capital.

This 2003 documentary delves deep into the role of the corporation in North America.

This film may provide the answer.

22: Steve Jobs: The Man In The Machine

There is so much we can learn from the founder of Apple.

21: How To Get Ahead In Advertising

This movie did not have good results when first released in 1989, but when you really examine all it has to teach us about advertising techniques and the dirtiness behind some advertising, the results change.

If nothing else, you will get some good laughs.

I know there are going to be some who say, “What can an entrepreneur get from Forrest?”

Let me tell you some.

And last but not least…Run entrepreneur, Run!

This 2011 film starring Brad Pitt will give you some insight on how to build a winning team on a limited budget. 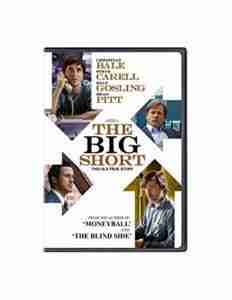 Plus, it’s about baseball, my favorite sport.

It stars Christian Bale and Brad Pitt, and is about a hedge fund manager who successfully predicts the collapse of the housing market.

This movie can give us lessons on looking into the future and using your gut to win from those predictions.

Other Posts You May Enjoy:

This 2002 movie is about the famous con artist Frank Abagnale.

The movie has some top names like Tom Hanks and Leonardo DiCaprio.

There are many lessons in this film, but the biggest is the fact that people will make decisions based on emotion instead of logic.

This 2008 movie is about the unfortunate circumstances that Robert Kearns faced after he designed and patented a special windshield wiper, but Ford Motor Company changed a few small things and did not have to give Kearns the credit.

It is a lesson in patent laws and covering your ass.

By the way, Kearns does win in the end.

The 1941 Orson Welles movie is a look at William Randolph Hearst and other tycoons.

Without their names being mentioned, it was obvious and as such, Hearst would not allow the movie to be mentioned in any of his newspapers.

Just remember that as an entrepreneur, you are being watched.

This 2015 biographical movie takes the viewer completely through the life of the Apple founder.

It is a great movie that every entrepreneur should see.

This is a documentary released in 2001 about the startup funding of govWorks.com which did not survive.

There are a ton of lessons you can learn from this failure.

I highly recommend this movie.

Here is another criminal film in nature about the wrong way to treat clients.

The stock market can be a cesspool if you trust the wrong people.

This 2015 movie is about Joy Mangano who invented the Miracle Mop and became a millionaire overnight.

There are many lessons you can learn from Joy who is played by Jennifer Lawrence.

I highly recommend this film.

If you have never watched the Godfather trilogy, you must!

See how a man from Sicily came to America and built an empire.

Done so using illegal means, you can still learn much from Vito (Don) Corleone about business.

This 2004 Leonardo DiCaprio starring film is about the secret life of Howard Hughes.

And what entrepreneur wouldn’t want to be like Howard Hughes?

You may change your mind after watching this movie.

8: The Wolf Of Wall Street

It will have you laughing and crying.

This movie was released in 2013 and stars Leonardo DiCaprio and was directed by Martin Scorsese.

Follow along with Jordan Belfort as a stockbroker who gets in some precarious positions.

As a sport’s agent, Jerry decides to shine the light on the dishonesty in the industry.

Sometimes it may seem like honesty doesn’t pay but in reality, it does.

From 1992, his film is about the cutthroat means of getting sales in real estate.

There are a number of lessons within this movie, but the most important I believe is to be honest and trustworthy in any sales presentations you give.

If you haven’t watched this movie, I suggest you do.

This movie delves into the rivalry between Steve Jobs and Bill Gates… Apple and Microsoft.

It was put out in 1999, but is still watched over and over by many.

Learn 2 different styles of entrepreneurship in this movie. 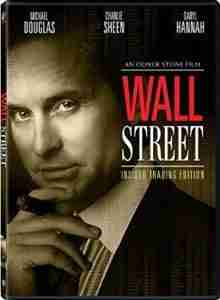 Learn about the world of corporate greed and stock manipulation in this great movie.

“The richest one percent of this country owns half our country’s wealth, five trillion dollars. One third of that comes from hard work, two thirds comes from inheritance, interest on interest accumulating to widows and idiot sons and what I do, stock and real estate speculation. It’s bullshit. You got ninety percent of the American public out there with little or no net worth. I create nothing. I own. We make the rules, pal. The news, war, peace, famine, upheaval, the price per paper clip. We pick that rabbit out of the hat while everybody sits out there wondering how the hell we did it. Now you’re not naive enough to think we’re living in a democracy, are you buddy? It’s the free market. And you’re a part of it. You’ve got that killer instinct. Stick around pal, I’ve still got a lot to teach you.” Gordon Gekko from Wall Street

This 1999 movie will have you laughing while you realize why you don’t want to work for somebody else.

Entrepreneurs rule!  … And get me those TPS Reports!

2: The Pursuit Of Happyness

This is an excellent movie starring Will Smith and his son Jaden.

Will is an entrepreneur that goes through some difficult times as many of us do.

But he stays the course and follows his dreams and eventually makes it big.

My biggest takeaway from the movie is that “tough times never last, but tough people do.”

You DO need to see this movie!

This 2010 movie goes through the founding of Facebook by Mark Zuckerberg.

He lost friends but gained followers and money… A lot of money!

Learn entrepreneurship methods that Zuckerberg used to create the biggest social network in the world.

Get out the microwave popcorn and let one or more of these movies give you some lessons in entrepreneurship. Even if you don’t learn anything, enjoy the movie and prepare for tomorrow. There is money to be made but for now, just enjoy the show.

Let’s hear your thoughts.  Which movie is your favorite?  What do you think are the best movies for entrepreneurs to watch?  You can share your comments below.  Thanks and have a great day!