Today, I’d like to take a few minutes and talk to you about the Amway 2 to 5 year plan. If you’ve spent any amount of time in Amway as a distributor, you’ve probably heard of the two to five-year plan.

Basically, it means that if you take the business seriously, and do the steps to success you are taught, you should be able to reach the rank of Diamond within two to five years, and have complete financial freedom.

I’ll be the first to admit that it is POSSIBLE. Not many people do it, but it can be done. You will have to work your tail off, and work the business nearly full-time, but it is achievable. That being said, not many Diamonds reach the rank of Diamond in two to five years.

I have looked at the stats of many Amway Diamonds on Amway Wiki. The one trend I noticed for most of the Diamonds is that it took most of them five to ten years to reach the rank of Diamond, on average. Some took longer. Some did it quicker. Each person has a different success timeline.

Based on my time in Amway, I think it’s much more realistic for the Amway 2 to 5 year plan to be a realistic amount of time to hit the rank of PLATINUM, if you’re doing the business part-time.

Rather than setting a goal of going Diamond in two to five years, I think you would be much better off to set a goal for the number of prospects you will contact in that same amount of time.

Let’s assume you are busy. You have a career, a spouse and kids. You want your life to be BALANCED. You don’t have tons of time to build your Amway business, but you can talk to two people per day. 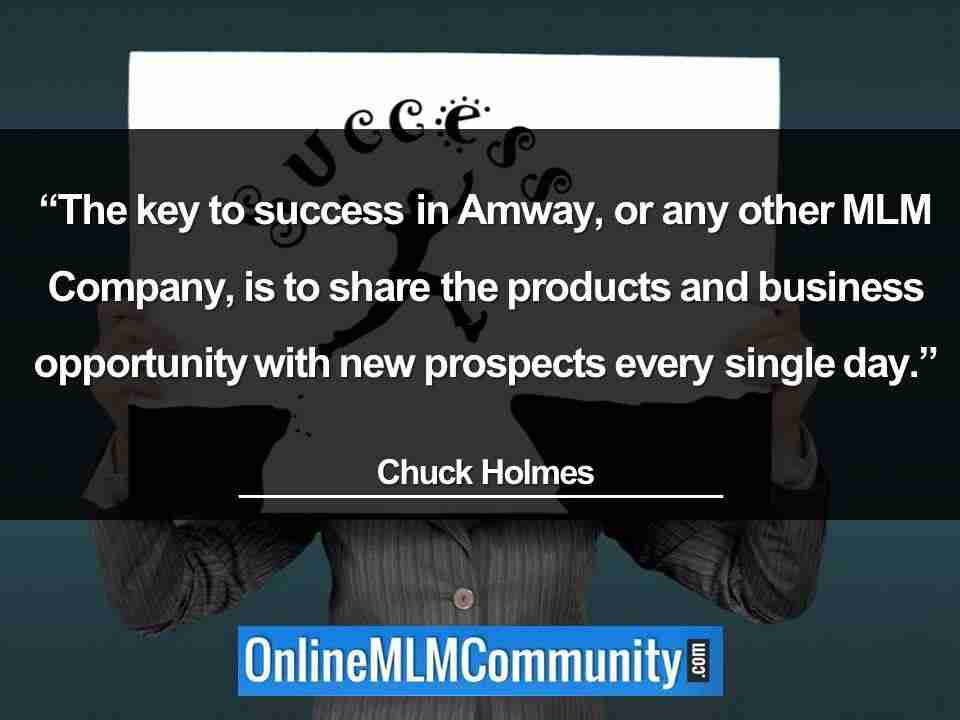 You set a goal to talk to just TWO prospects per day, five days a week. You take the weekends off to spend time with your family. Let’s also assume you take a two-week vacation each year, and you do nothing to build your Amway business during that time.

From those 100 people, there is no doubt in my mind, you could build a rock-solid Amway business. I’d bet you would be a Platinum, maybe a Ruby, and have a solid foundation to go Diamond within a few more years.

Better yet, with 100 people sponsored, you would have the proper WIDTH, which would give you profitability in your Amway business. This would give you plenty of people to work with so you can build depth, and tap-root several legs in your organization.

A Realistic Amway 2 to 5 Year Plan to Go Diamond

I’d like to give you one more example of a realistic Amway 2 to 5 year plan. This plan is for people who really want to get after the business and go Diamond within two to five years. I’ll assume you have a day job, but you are willing to work your Amway business at least 30-hours per week.

With this example, let’s assume that you prospected five people per day, instead of two. You do this five days per week, 50 weeks per year, for five years. In this example, you would talk with 6,250 prospects (5 x 5 x 50 x 5). If just one in 25 people signed up as a distributor, you would sponsor 250 people personally. That would definitely give you enough people to go Diamond (in most cases).

Even better, what if you just did that for one year (talked to five of your own prospects each day) and for the next four years you talked with 5 of your team members’ prospects each day? That would be a much smarter way to grow your business. In other words, work through the people you sponsor and build depth by taprooting.

I have a close friend who was a Founders’ Diamond in Amway at one point in time. It took him more than a decade to go Diamond. During that time, he sponsored approximately 100 people personally, and had a group of 2,000+ people going to functions. I think you will find that most Diamonds sponsored somewhere between 100-200 people personally, in order to find six DIRECT legs (just my opinion).

At some point in time your upline will tell you that attending events, buying business support materials and following their system is the only way to succeed in the business. That is simply not true. You can attend hundreds of events, listen to every tape, counsel with your upline and be plugged in, but if you are not exposing the products and business opportunity to new people each day, your business will NOT grow.

The real key to success in Amway, or any other MLM Business, is making new EXPOSURES every single day. The person who talks to the most people about the products or business is the person who wins. PERIOD. 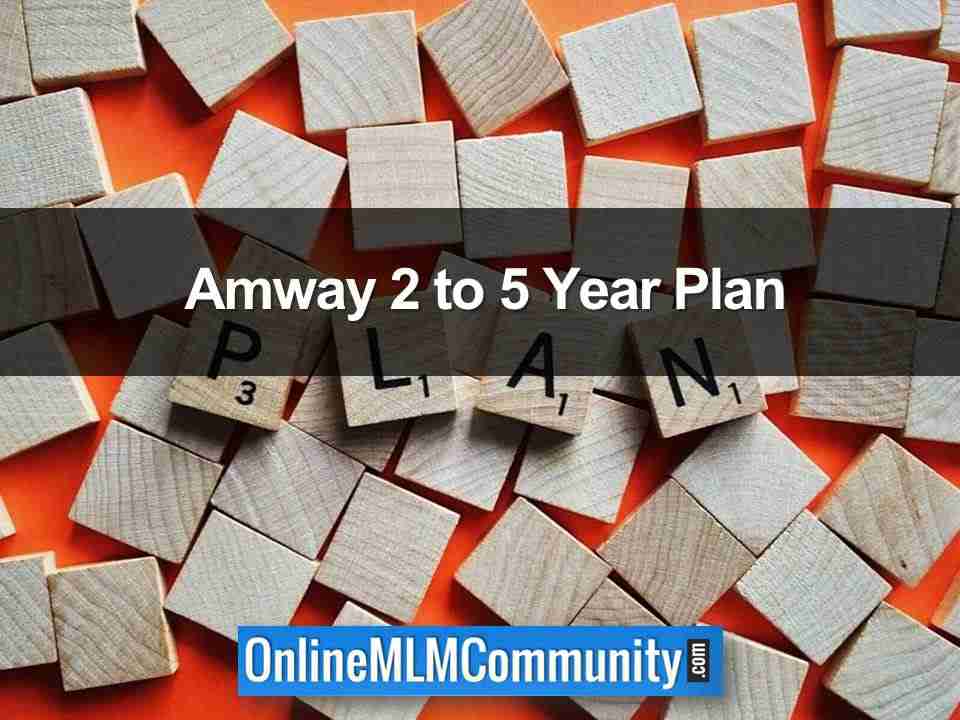 The bottom line is that Amway is a numbers game. It always has been and always will be.

All network marketing companies are a numbers game. Once people join as a distributor, that’s when it becomes a relationship business.

To succeed, you need a game-plan and you need to work smart. Most importantly, you need to focus on the things that you can control.

The best way to spend your time is building depth, especially if you aren’t real good at recruiting yourself. This gives your business stability and helps it multiply quickly.

In review, if you’re trying to reach the rank of Diamond in Amway within two to five years, you need to work the numbers. You need to talk to a lot of prospects to sponsor some distributors to find a few serious distributors to work with. Once you find your six-serious people, tap-root like crazy, and build each as deep as you can and never stop.

What are your thoughts about the Amway 2 to 5 year plan? Leave a comment below to let me know what you think. I look forward to hearing from you.

Disclaimer: This post is just my opinion. I am in no way affiliated with Amway. Amway is a registered trademark.